Sorry, Yogi. It is over before it's over in NFL divisions (2 Viewers) 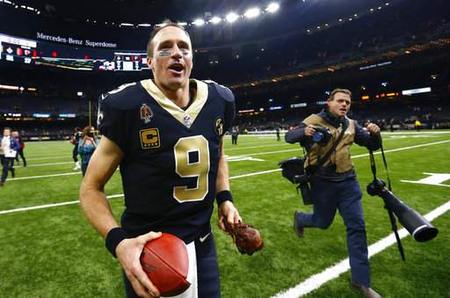 Sorry, Yogi. Maybe it is over before it's over.

Just take a look at most of the NFL division races. The NFC West will be over if Seattle loses at Carolina on Sunday. The AFC West looks done in favor of Kansas City.

Both South divisions are runaways for the Saints in the NFC, the Texans — yes, the formerly 0-3 Texans — in the AFC. Pittsburgh appears to be more in a race for the top overall AFC seed than any challenge in the North. Chicago has a choke hold on the NFC North.

And did anyone think New England would be challenged in the AFC East? Combine the three other rosters in that sector and the resulting team might not challenge Tom Brady and the Patriots. That leaves one division in serious doubt, and with some serious turmoil: the NFC East.

You'll never hear a coach or general manager or owner claim anything is in the bag until, well, it's in the bag, tied up and secured in a safe place. So don't ask Sean Payton or Sean McVay or Matt Nagy about playoff byes and home-field advantages.

"For us, there's so many different things we can get better at," McVay says, "and that's the exciting thing about it is with football, there's this never-ending goal of continuing to improve and focus on the little things. Whether that's situational football, whether that's taking care of it or taking it away defensively. So, there's a lot of things within the framework of every single situation. ...