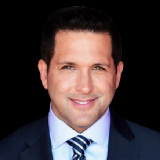 The NFL fined the New Orleans Saints $500,000 and took away a seventh-round draft pick because they didn't wear masks during their postgame celebrations after beating Tampa Bay 38-3 in Week 9, league sources told ESPN on Sunday.

The Saints, who were not happy about the discipline, have appealed the league's decision. The Saints believe other teams across the league also have celebrated victories without masks, but none has been been hit the way New Orleans has.

Saints players and the team itself posted celebration videos from their postgame locker room, and it immediately gained the attention of the NFL. Coach Sean Payton, linebacker Demario Davis and quarterback Jameis Winston, who made his season debut in the victory over his former team, were among those seen dancing and celebrating in the video posted to Instagram by receiver Tre'Quan Smith.

Davis and C.J. Gardner-Johnson also posted videos of the postgame dancing and celebrating on social media. The Saints no longer have any videos of the locker room celebration on their official Twitter account. ...