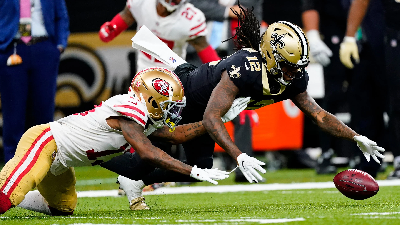 There won't be a need for the New Orleans Saints special team units to raise the level of their play with quarterback Drew Brees sidelined for an undetermined amount of time.

If that unit simply does what it routinely does, that'll suffice for the Saints (7-2), who have won six straight and lead the NFC South Division entering Sunday's game against Atlanta (3-6) in the Mercedes-Benz Superdome.

"I don't think you can prepare for losing a first-ballot Hall of Famer," kicker Wil Lutz said. "But I think last year, we went through this already, we know as a team that we're going to find ways to win.

"It just puts an emphasis on all phases coming together and I think last year, we showed that. It just shows that every phase has a role in winning these next few games, and that's what we're going to try to do."

Special teams did more than shoulder its share of the load last year, when New Orleans won all five games that Brees missed due to a torn ligament in his thumb.