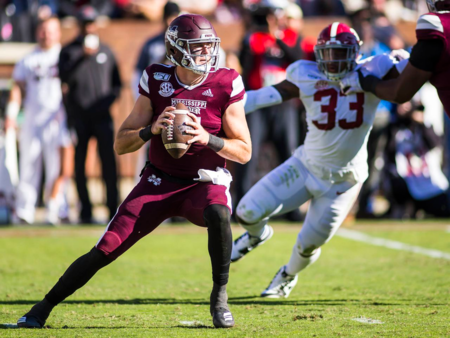 The former Penn State quarterback and transfer to Mississippi State is headed to the NFL.

Tommy Stevens, who began his collegiate career with the Nittany Lions before transferring to Starkville, was drafted in the seventh round, 240th overall, of the 2020 NFL Draft by the New Orleans Saints on Saturday.

Stevens used his graduate transfer in 2019 to follow former Penn State offensive coordinator Joe Moorhead, who was hired to become the head coach at Mississippi State after the season. He had been considered the favorite to take over as the Nittany Lions’ signal-caller after serving as the backup to longtime QB Trace McSorley. ...