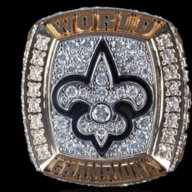 Offline
I know that hindsight is 20/20 but letting those two players go and looking at who we replaced them with (Byrd and Spiller) was really a bad move. Especially in light of the latest news on Spiller. If he was really unable to pick up on the playbook, then you either need to do a much better job of evaluating players for a fit in your system, or either change the system to fit the player. Sproles and Jenkins would have been cheaper, more productive, and were known quantities. This is really frustrating.

Offline
Thank god you called this to our attention.

The Mongoose said:
Thank god you called this to our attention.
Click to expand...

indeed, it's about time we discussed this matter

Offline
Getting rid of Sproles was dumb.

Everyone knows it by now. No need for a new thread.

this is breaking news to the rest of us!

Offline
I cannot believe this hasn't been discussed before.

Offline
Okay, then how about this for constructive criticism, what if it isn't the players? What if it's an inability by this coaching staff to adapt its system to the players currently on the roster? It seems that we are always trying to reconstruct the 2009 team: Ex: Bush = Sproles = Spiller. We bring in Byrd because Jenkins never had a career year like Sharper in 2009.
We try to turn Ingram into an imitation of Pierre Thomas because backs in the Sean Payton system have to catch at least 4-5 balls per game. We let Chris Ivory go because he's a pure runner and doesn't fit the system. We let Kenny stills go because he isn't as big a receiver as Colston and instead keep Brandon Coleman. Maybe this would have made sense if we didn't turn around and draft Cooks a year later. Wait...I'm sorry, Cook was supposed to be Bush 3.0 right? I can't keep up. I could go on and on.

My point is that this being a slave to Sean Payton's system, is what got us into this situation in the first place. Maybe a bit more flexibility by this coaching staff is in order.

Last point that I am going to make. The 2006 season, we beat the Eagles in the playoffs by pounding them with Deuce. That was after the passing game just couldn't maintain any consistency throughout the game. We then go up to Chicago in bad weather and try to throw the ball all over the field. That was in spite of the fact that Chicago had one of the worst run defenses in the league (go look it up if you don't believe me). Stubbornness and inflexibility is what I am seeing. I am not just @#&%%. I am making an observation about something that if it isn't corrected going forward will still have us in this situation 2 years from now.

The Saints knew they were parting ways with key veterans Jabari Greer, Will Smith, Roman Harper, and Jon Vilma. They knew Malcolm Jenkins was a team captain and solid player. They let him go anyway despite the obvious need for some continuity on defense. Signed a guy for twice as much and got less than half the production. If there was one move you had to identify that caused the Saints the biggest setback, that's the one.

Offline
And.......as bad as it turned out, it LOOKED, at the time, as if we upgraded each of those positions.

And on the surface, getting rid of Jimmy Graham for Max Unger and a late pick....looked like a bad deal. Turns out we didn't even miss a beat with Watson and that move worked beautifully.

Is it just me, or did things just get weird?

bbourque5 said:
Is it just me, or did things just get weird?
Click to expand...

I don't know, but I do know what I'm doing at midnight.

I watched him very closely, and he didn't look happy his last year with the Saints. I'll bet there was a lot more going on there than football. Wouldn't be a bit surprised if his wife was a factor, but that's speculation.

Offline
We gotta get over Sproles and Jenkins.

They, along with Ivory (whose departure I myself ranted about), are basically the only players that Payton has allowed to go elsewhere that actually seemed to work out. You can add Ninkovich as well, but I don't think anyone will argue that he just didn't work out well here, whether it was the scheme or his injuries.

Others who have been cut loose or allowed to leave:

Really, I could keep going on and on.....but you get the idea. How many of those guys, when they went elsewhere (those that actually did), made you think "gosh, we really never should have let that guy get away" when evaluating their performances with their new teams?.

TL;DR version: Saints get it right with letting players go far more often than they get it wrong. Once in a while it happens.....get over it.
Show hidden low quality content