Kwan served as Detroit&#8217;s Special Teams Coordinator from 2008-09. Highlights from 2009 season include:
Ranked fifth in the NFC in average drive start (27.0)
Ranked tied for fourth in the NFL with three special teams turnovers

Offline
*sigh* i'd really hoped for a new ST coach, but maybe a new assistant will help

Offline
Kwan is a great hire. He brings a lot to the table.

Stan Kwan is entering his 10th overall
season in Detroit and his third as special
teams coach. In 2008, his special teams
units combined to force a league-high five
takeaways, and the plus-four special
teams turnover margin topped the NFL as
well. The Lions kickoff coverage unit
allowed the fourth-lowest average drive
start following kickoffs (25.5) last
season, and that unit was second in the
NFL in the percentage of drives forced
inside the 20-yard line following kickoffs
(23.81).

Offline
I am for anything to help the special teams.

Offline
So why not make him ST coach

Offline
Could be a hire then promote type thing. I don't think the shake ups are nearly over 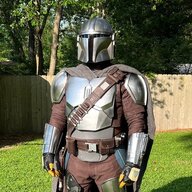 outvoted said:
Could be a hire then promote type thing. I don't think the shake ups are nearly over
Click to expand...

outvoted said:
Could be a hire then promote type thing. I don't think the shake ups are nearly over
Click to expand...


I don't think so, we did pretty good with John Bonamego and McMahon in 2011. I think that's probably the route Payton is taking again. Really having co-coaches.

Jackavelli said:
So why not make him ST coach
Click to expand...

Probably because Detroit fired him for not being very good since 2008.

Offline
"We like this hire, not because he seems qualified for the position, but because he's a minority. Good job Saints!"

Edit:
Really? 11 of you who thumbed me down don't understand a subtle protest against Goodell's remark that the NFL will make sure more minorities are hired and be-damned about qualifications? Sorry if I think hiring only the most qualified should be paramount over skin color. In a business that makes billions of dollars, I find it hard to believe that people are hired because of skin color and not because the owner or GM feels the guy that was hired is the most qualified to help the team win. I certainly wouldn't hire someone because of skin color over the most qualified when I have millions of dollars on the line, and I would think that in this day and age neither do the owners and GMs. But hey, maybe I'm just an optimist in thinking this. Keep thumbing me down if you disagree with my belief in hiring the most qualified person. Won't hurt my feelings or change my belief.

stevend said:
I don't think so, we did pretty good with John Bonamego and McMahon in 2011. I think that's probably the route Payton is taking again. Really having co-coaches.
Click to expand...

I really don't get that Rob Ryan quote.

Offline
For whatever reason Payton is tied to McMahon and won't fire him, but he knew he had to do something to improve ST, which aside from a great punter who also does a good job of kicking off stunk last season. I'm glad he's at least brought in a guy like Kwan, who should improve the unit's performance.
OP
OP


I'll probably change it tomorrow. I just wanted a good arrogant Rob Ryan quote for today and that is the best I could find.

Jackavelli said:
So why not make him ST coach
Click to expand...

Because Payton has some kind of attachment to McMahon that clouds his judgement.

It's good to see the effort, but hope they clearly discussed roles because this could be awkward and make for weird dynamic on the staff.

Announcement AMA with TCUDan, August 10 (Today): Starting at 11am CST