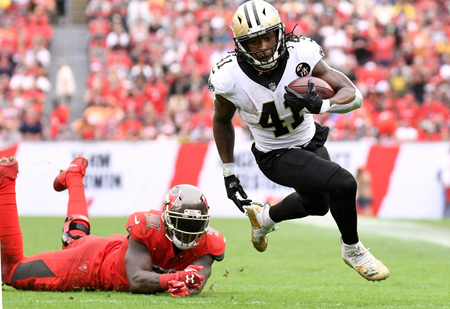 There’s no time to sit back and bask in the light of Sunday’s big win over the New England Patriots. The Pittsburgh Steelers have put themselves in a position where every week is playoff football and next up are the New Orleans Saints. If you thought beating the Patriots at home was a challenge, just wait for the Saints on the road.
The Saints’ offense is not the Patriots’ offense

If we are being honest, the success Pittsburgh had on Sunday against the Patriots’ offense had as much to do with New England as it did with Pittsburgh. Tight end Rob Gronkowski is a shell of his former self this season and the Patriots’ offensive line really struggled with run blocking. This will not be the case with the Saints. They are second in the league in scoring and seventh in total yards. And it isn’t just Drew Brees. They are the second-best rushing team in the league.

The Steelers expended a whole lot of energy to beat the Patriots. The victory got a massive monkey of the Steelers’ backs but you have to wonder if they can now turn around and get up for what is going to be a much greater challenge on the road. We’ve seen the fluctuations in energy all season long and it does call into question whether or not the Patriots’ win will linger over the Steelers in preparing this week. ...