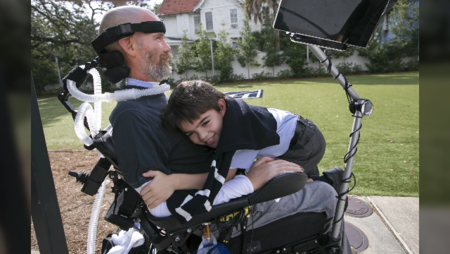 Gleason, who has done groundbreaking work to support people with amyotrophic lateral sclerosis since he was diagnosed with ALS in 2011, will receive the medal during a ceremony Wednesday, Jan. 15, in Washington.

After Congress confirmed his nomination for the medal in December 2018, Gleason put the moment in perspective.

“Talk about feeling undeserving! The list of past winners is filled with enlightened and powerful giants of humanity. It’s ridiculously overwhelming,” he said in a written statement. “I am honored and accept the Congressional Gold Medal for all the families who have been diagnosed with ALS, as well as anyone struggling to overcome life’s inevitable adversities.”