Stopping at nothing: All 3 levels of Saints defense work together to shut down run game (1 Viewer) 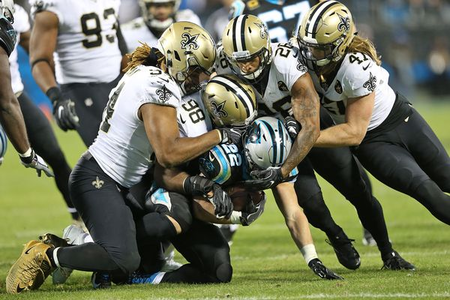 Alex Okafor remembers one of the primary goals for the New Orleans Saints defense before the 2018 season.

“Coming into the season, we said that if we can become top 10 in run defense, we can get to where we want to go this year,” he said.

Where the Saints want to go is to the Super Bowl, and to contend for a championship, the defensive players and coaches knew they had to be better at stopping the run than last season.

This year, as the Saints went 13-3 and earned the No. 1 seed in the NFC, the defense improved to 14th overall, thanks largely to a stifling run defense that finished second in the NFL, just 3 yards behind the Bears. ...