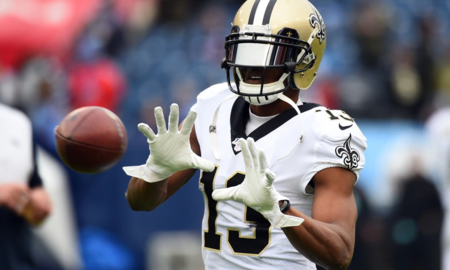 The New Orleans Saints proved their mettle in a 38-28 road victory over the Tennessee Titans, rallying back from an early 14-0 deficit to take the lead and hold onto it for the rest of the game. A number of standout performances made that happen, while a few less-than-stellar individual mistakes and mismatches put them in that hole in the first place. Here’s your Week 16 Studs and Duds.

Have a day, Michael Thomas. The Pro Bowl, All-Pro wide receiver finished the game with a dozen receptions for 136 receiving yards and the final touchdown score, good enough to break records set by all-time greats like Randy Moss and Marvin Harrison. Thomas was consistently too much for the Titans defense to handle, and Drew Brees was quick to recognize it by giving Thomas so many targets.

Let’s not forget Alvin Kamara, either. He’s been slow to get back up to speed from some early-season injuries, but his 110 yards from scrimmage and two touchdown runs against Tennessee did a lot to put him back on the map. If he’s truly back to his old self and ready for the playoffs, the Saints offense might be unstoppable. They’ve averaged more than 35 points per game since the post-bye Falcons upset, which feels like a lifetime ago. ...