Suddenly, the Saints' defense is so improved that Payton is 'comfortable' late with a lead (1 Viewer) 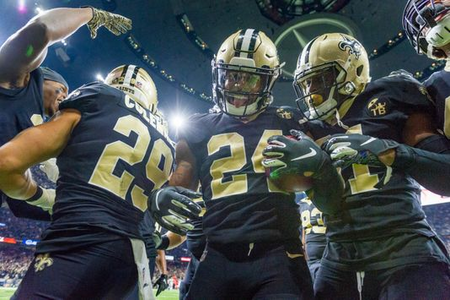 NEW ORLEANS — The competition has been somewhat suspect as the New Orleans Saints' last three victims — Cincinnati (5-5), Philadelphia (4-6) and Atlanta (4-7) — do not appear to be playoff bound.

But this is still the Saints defense, which allowed 529 yards in a 48-40 loss to Tampa Bay in the season opener with 417 through the air by backup quarterback Ryan Fitzpatrick and 407 yards in a 43-37 overtime win at Atlanta on Sept. 23 with 359 of that by quarterback Matt Ryan.

Ryan still threw for 377 yards Thursday night against the Saints in the Mercedes-Benz Superdome, but the Falcons managed just 26 net yards rushing and scored only two touchdowns in a 31-17 loss. And Atlanta is the No. 3 pass offense in the NFL with 316 yards a game and No. 7 in total offense at 400 yards a game.

"I told the team, that was the most challenged we've been over the last three years," Atlanta coach Dan Quinn said. "It can be frustrating and confusing for sure."