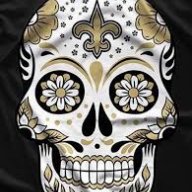 Risers
New Orleans Saints: +350 to +275 (+4.5% Implied probability)
It’s been a big few weeks for the Saints. Over the past month, they’ve done nothing but win and cover. As a result, their Super Bowl odds have gone all the way from +1000 to +275, a 17.5% increase in implied odds.
Since the Panthers lost to the Steelers on Thursday night, the Saints also have a bit of breathing room in the NFC South.
In addition, the Saints still have two games against the Panthers remaining, so it’s possible they lose the division, but that’s looking increasingly unlikely now that Carolina is two games back.
If the Saints can hold off the Eagles at home on Sunday and the Rams lose to the Chiefs, New Orleans will be the lone Super Bowl favorite entering Week 12.

Offline
Kupp injury makes us the favorite over the Rams now.

Offline
Kupp injury makes us the favorite over the Rams now. 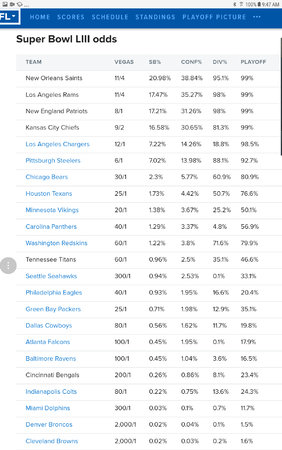