Super Bowl ratings plummet as Who Dats strike back (1 Viewer) 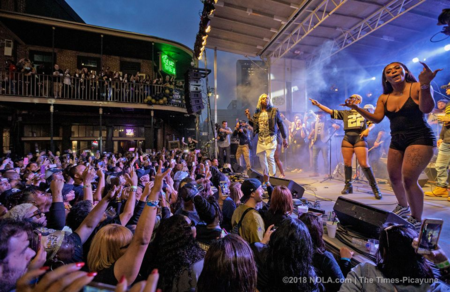 New Orleans Saints fans wanted their voices to be heard after the blown call two weeks ago that cost their team a trip to Super Bowl LIII -- and after the NFL exhibited an apparent lack of interest in doing or saying anything meaningful to fix it. So, in a joyous, only-in-New-Orleans protest, locals took part in a citywide no-watch party on Sunday (Feb. 3), turning off their TVs en masse, tuning out from a game many saw as tainted, and partying in the streets instead.

More importantly, they delivered a loud-and-clear, black-and-gold message to the NFL in the form of the TV ratings for the big game, which has become known in New Orleans as Super Bowl LIE.