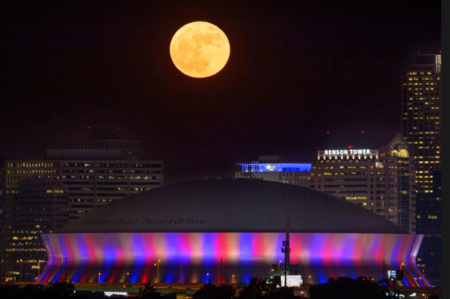 By Tony McAuley | The Advocate / Picayune

The State Bond Commission has given the Mercedes-Benz Superdome's governing body the go-ahead to sell up to $350 million in bonds to fund a stadium upgrade that is a key part of talks to keep the Saints in New Orleans for the next several decades.

The funding approval is an important step for the planned $450 million stadium makeover, the terms of which have been haggled over for years.

Gov. John Bel Edwards welcomed the approval Thursday. After several months of talks, he said, "the first major step happened today (that will) keep the Superdome competitive for decades to come."

The Saints and the Louisiana Stadium and Exposition District, also known as the Superdome Commission, are expected to sign a memorandum of understanding soon to extend the Saints' lease and allow the first phase of the renovation project to get underway early next year.