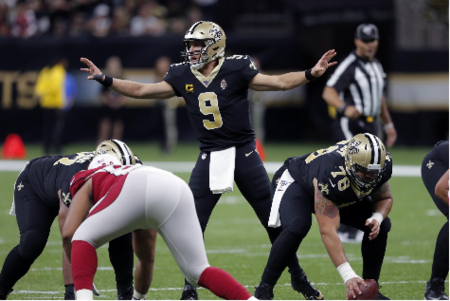 NEW ORLEANS — If the increasingly healthy New Orleans Saints perform as well in the second half of their season as the first, they’ll win a franchise record 14 regular-season games.

“I would take it,” Saints quarterback Drew Brees said. “But we’ve got a lot of football left. I’m excited to play these games because I want to see how good this team can be. I don’t think we’ve reached our potential yet.”

If Brees is right, then a rough season might get rougher for the free-falling Atlanta Falcons (1-7), who’ll try to stem a six-game slide when they visit first-place New Orleans (7-1) on Sunday, Nov. 10.

The Saints not only survived but thrived, when Brees was forced to miss five starts with a thumb injury. They went 5-0 with Teddy Bridgewater filling in. Then Brees came back in Week 8 and passed for 373 yards and three touchdowns, even better than his only other full game in Week 1 when he passed for 370 yards and two scores.

“How do you get better after missing five games? I don’t know,” Falcons coach Dan Quinn said. “Not only did he not miss a beat, he played fantastic. ... He sets a standard of consistency and he just never seems to back off.”