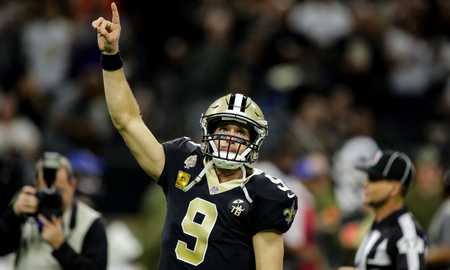 The New Orleans Saints have improved to 10-1 after dismantling the Atlanta Falcons on Thanksgiving, and to no one’s surprise, they’re still at the top of every reputable NFL power rankings. Here’s what’s being said about the team nationally. ...

Even on a night when stars are coasting, they’ll score 31. New Orleans hasn’t even bothered to incorporate Brandon Marshall on game day yet.

Toughest game left: Week 15 at Carolina. This kicks off a difficult two-game stretch for the Saints. First they have to play at their division rivals on Monday Night Football in potentially cold weather. Then they have to turn around on a short week and host the Pittsburgh Steelers in Week 16. The Panthers (6-5) have fallen on hard times lately, but that could make them all the more desperate to salvage their playoff hopes when the Saints come to town. — Mike Triplett

The Saints remain on top after taking care of business on Thanksgiving. The schedule does get tougher though, starting this week in Dallas. They close with Carolina twice plus Pittsburgh in the final three weeks. The race for the NFC’s top seed is going to be really fun, and also meaningful given the way the Saints play in their dome. ...