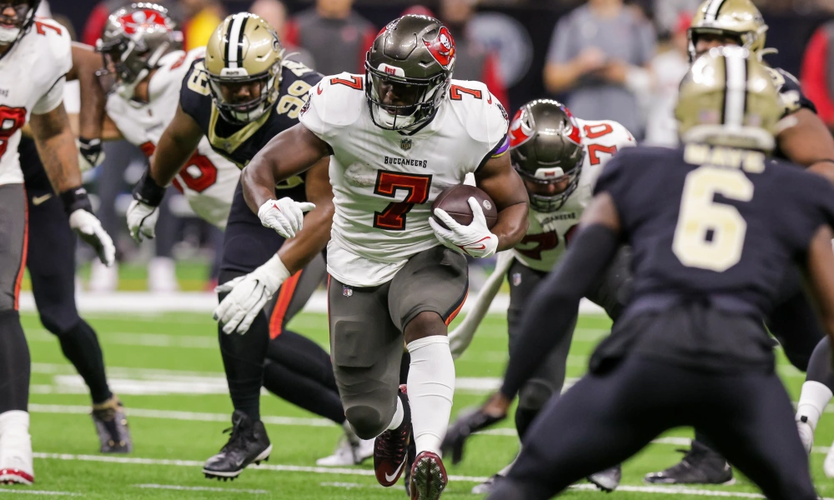 The New Orleans Saints 20-10 week 2 loss to the Tampa Bay Buccaneers was a tough pill to swallow for a number of reasons. After a 16-point fourth quarter comeback victory the week before against the Atlanta Falcons—the largest fourth quarter comeback in franchise history—the Saints were flying high going into their home opener. After all, this is a team that has had Tom Brady’s number since he joined the Bucs in 2020 and held a 4-0 advantage in the regular season. Combine that with an exciting offseason, a raucous home crowd, and generally sky-high expectations inside and outside of the building, anything less than a decisive victory was going to be a disappointment.

But there is a measured response to be had here, one that leaves room for both concern and optimism.

First, this Saints offense is far too talented to lack rhythm the way it has in the first two games. There is likely a congruence of factors at play here. Going into this season, I was personally of the mind that COVID had exposed the preseason as unnecessary and took no issue with the Saints severely restricting the snap counts of key starters. But with the sluggish start to the regular season—particularly on offense, where the Saints appear to be stuck in preseason form—perhaps we’ve learned that the preseason is only unnecessary if every team you go up against also treats it as unnecessary. If you sit your starters while they play theirs, suddenly that playing field isn’t quite so even.

Then there is the departure of Head Coach Sean Payton. While the Saints made the right moves to mitigate that loss by staying in house, promoting Dennis Allen to HC, and thus avoiding any major turnover within the staff, Payton is not easily replaced. He was the Head Coach for sixteen years, and there was a reason he'd earned a reputation as one of the best offensive minds in the league. Yes, Offensive Coordinator Pete Carmichael worked under him for all 16 of those years, but Payton was still calling the plays on gameday. And this is where Payton really separated himself, as a master play-caller, something that is hard to explain or replicate. So much of what makes a Head Coach or Coordinator a successful play-caller comes down to instinct. Preparation is key to allowing those instincts to take over and be successful, but knowing when and how and where to call each play, being always mindful of the next one and the one after, and remaining poised in sticky situations is truly a skill that is hard to teach and learn.

Expecting Pete Carmichael to immediately call plays like Sean Payton is like expecting Jameis Winston (or anyone) to play the QB position like Drew Brees. You’re talking about two of the best in the history of the game. This is why the severe overreactions to a week-2 loss sound so absurd—I’m talking about the “bench Winston” and “fire Carmichael” meltdowns. This is a team that did not put in any meaningful live preseason work, with a QB coming off an ACL injury and OC that is, for the first time in his career, without his mentor. Yes, there is reason for concern, but I cannot imagine that the Saints went in believing that they were going to come out of the gates in midseason form when their only use of the preseason was to evaluate players who have mostly been cut from the active roster.

Am I saying that they expected to struggle? No, not really, just that the approach was less one of incompetence and more of just managing risk. Injuries flat-out cost the Saints their season last year—perhaps more so than any other team in recent memory. Their number-one priority going into 2022 appears to have been “stay healthy.” If that is your approach, then why would you take any risk at all in games that do not count?

“But now it’s costing them!”

Sure, maybe. They stand at 1-1 both overall and within the division. If I was going into the season like they are, as a coach, I’d be saying “this is a long journey, we need to weather the early storm, win ugly, and peak by late October/November.” Given where the Saints are and how they’ve approached this season, breaking even at 2-2 come October 3rd will be OK. Going 3-1 would be a massive win. If they manage to be 6-2 or even 5-3 by the time November rolls around, they’re still very much in the hunt for the division. Every year we see this sort of ebb and flow, with teams that start slow, lose some close games, win some ugly ones, and then turn it on in November and December and storm into the playoffs. This is, optimistically, what I am looking for from the Saints as Carmichael, Winston, the offense, and the rest of the team continue to find their sea legs.

Now, of course, if you are the team in question, you are taking the season one game at a time and fighting to win every one of them you can. This is just what I, as a fan with some head coaching experience, am looking for.

The next obvious area of concern is Jameis Winston’s injury. Four fractures in his back is no small thing, but also sounds worse than it is in terms of his overall health. Again, this is speculation here, but the fractures are probably not on the spinal column itself, but rather the transverse processes—the small bones projecting out from the vertebrae. This means that Winston is not likely in danger of, say, being paralyzed, but he is in extreme discomfort. While I am not in the building or aware of the exact nature of the injury and the treatment protocol he is undergoing, both to recover and to minimize the pain, I am familiar with the injury and cannot imagine anyone playing quarterback, constantly torquing and using their core, activating those nerves and muscles. I cannot even fathom the pain.

The fact that Winston is reportedly playing with this injury certainly attests to his toughness and his nature as a competitor. He has spent his career dealing with constant adversity, from critics to demotion to an ACL rupture during arguably the best start to any season in his career. The last thing he wants is to come off the field. I am sure there is an ongoing internal conversation as to whether Winston can continue playing with this injury or whether it is time to go with Andy Dalton while he heals up.

I will not offer my opinion because I am not there. But as a coach, I would make a decision solely based on the film, the medical advice of the doctors, and whether I believe that playing Winston in this state would be to the detriment of the team.

In the meantime, diagnosing and correcting critical issues will be paramount to righting the ship. Turnovers, field position, third down and red zone efficiency—these are the things that win games. A slightly narrower focus and prioritization of those areas will allow the Saints to find success even as the offense searches for its identity.

The ultimate goal is always to add to the win column—even if those wins are ugly.
Click to expand... 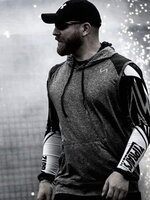 Staff Writer
Dan Levy has coached American Football in 7 different countries and won 3 National Championships. His record as a Head coach is 78-18.

Follow Coach Levy on Facebook | Instagram | YouTube | Twitter
It was fairly obvious to me that his accuracy on the long ball was off plus his velocity on those deep outs. I would suspect that there is a connection between injury and his passing. With that in mind, he may need to sit until healed up for the good of the the team.
Dan, thank you for the article, especially your speculation that the fractures may not involve the spinal column itself. However, three points.

First, I agree with Randy above that whatever the nature of the injuries, they seemed to be affecting to some extent Winston's play. Certainly, based on what I saw, Dalton may have been a better choice.

Second, there are those with serious doubts about Winston and Carmichael who are not urging that a healthy Winston be immediately benched and who certainly are not suggesting that Carmichael be immediately fired or replaced. But I would suggest that the Saints' avid pursuit of Deshaun Watson and delay in naming Carmichael as the 2022 coordinator are evidence that many in the building on Airline (a) do not believe that Winston is a championship-level quarterback and (b) had serious doubts about Carmichael as coordinator without Sean Payton. Regarding the latter, the proverbial ship has sailed. Carmichael's role as coordinator may be addressed, but not until the 2022 season ends. As to Winston, I question his decision-making, which after eight seasons is not going to improve.

Third, I believed then--and strongly believe now--that Mickey Loomis committed managerial negligence with his Philadelphia trade that resulted in the loss of our 2023 first-round pick and 2024 second-round pick. In six months, many more on this forum will agree as we acknowledge we do not have a quarterback with whom we can win at the high level on which we want to win and look at a quarterback-rich draft without a first-round pick. Were Sean Payton to return to the NFL, we would obtain some draft compensation. But had we not made the trade with Philadelphia, we would have been in a stronger position to move up substantially in the draft.
I think Dalton could get us to the playoffs. He is more Brees like than Winston. With the line, Kamara and the receivers he has the complete supporting cast.
Show hidden low quality content