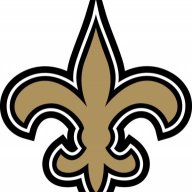 Online
Needs to stop! I think it is bad mojo to talk about home field advantage, and byes. There is a reason coaches dont do it. Let's just sit back and enjoy the ride. if we keep winning, all that other stuff will take care of itself!

Offline
were fans, what do you want us to do

Offline
hmmmm, this is a message board last time i checked... which is where we fans come to talk about our team, could be wrong though.
Last edited: Nov 28, 2006

Offline
Someone confused the fans with the players. As football fans this is the time of year to get excited about when your team is in it. (something we don't get to do as much as we would like) Not considering the possibilities would be like not getting to unwrap your christmas presents.
OP
OP

Online
sorry, I am just the superstitious type. Its like when they throw that stat up on the screen how x kicker has not missed a field goal all year, and then he shanks the hell out of it. I get nervous listening to all the playoff talk.

Offline
Yeah its like setting yourself up for a big fall isnt it? I wont enjoy it till were there.

Offline
It's superstitious for "PLAYERS" to Talk about Playoff's and Superbowls etc, not some Fans thats probably never have seen a piece of Turf in thier life up close.
I've never heard anything about Millions of Fans talking about These things and it being bad Mojo, Fans have been doing it for years.. "Gasp" before Messageboards were here, Oh wait to think of it, Before Internet it's self was here, Not bustin ya Chops, just sayin man, it's Ok for fans to talk about how exciting it'll be to see our players in Playoff's and what it would look like for us to go to the Superbowl and win the big game.
EVERY FAN-Base Franchise has done it before they're team Went to the superbowl.

Buc fans did it, believe me i was here before and during the entire Fiasco, and Pittsburg fans messageboards were lit up with Superbowl Predictions before they're team won the big one, Not to mention New England Big headed fans, they Knew all along the'yre team was gonna become the New Dynasty in the league, if you saw they're messageboards OMG, they are some of the worst, and they have the worst bandwagoner's in Franchise history.

I think it's encouraging for Fans to talk about it on air and messageboards, and if a player just happens to hear it, it gives them that Extra momentum to get that for us.
Last edited: Nov 28, 2006