Quentin Tarantino announces plans for 'Kill Bill 3'
by Nicole Sperling
Categories: Film, News
Speaking on an Italian talk show Parla Con Me, Quentin Tarantino confirms his plans to make a Kill Bill 3. The writer/director — whose last film Inglourious Basterds has generated over $245 million in worldwide box office — says that he will make another installment of his successful Kill Bill series, but that he wants there to be a 10-year break between the second and third film. That would put Kill Bill 3 with a 2014 release date and his star Uma Thurman at 44, just the right age to kick more ***. 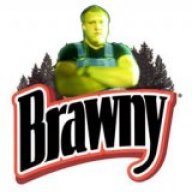 Offline
I'll see it, then buy it when it comes out

Offline
as much as i like QT, i don't know how i feel about this

I'd pay to see that. Especially if it is O' Reilly

Rickboy said:
I'd pay to see that. Especially if it is O' Reilly
Click to expand...

Now, Bill Jefferson would for sure have my vote. There would even be a built-in motive... the cash in his freezer of course!

That's what he said after the originals, and he wanted the same actress who played the daughter to come back for the role.
Show hidden low quality content