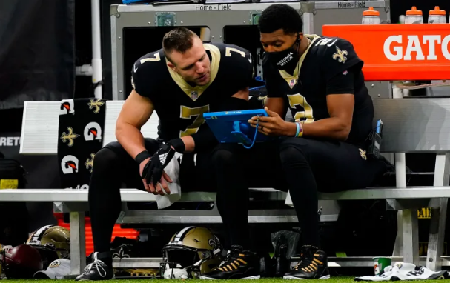 Last season was a learning process for both quarterbacks who'll vie to start for the New Orleans Saints in 2021: Taysom Hill, who opened four games in '20 in place of the injured Drew Brees, and Jameis Winston, who didn't start for the first time after opening 70 of 72 games for Tampa Bay in his first five NFL seasons.

"There are some things specific to our offense, things that I would have done differently with some of my footwork, some decision-making based on coverage, and stuff like that," said Hill, who went 3-1 as the starter. "The footwork stuff has been the easy thing to focus on this offseason. There are other things that I continue to work on.

"I think every quarterback would tell you that your feet should take you where the ball goes. I think as you throw routes on air, you're just trying to get work in but then you get into a game, you're trying to replicate a rush and everything else. Those are the things that I'm employing. I think that I could have sped some things up, based on some offensive concepts, where maybe I was maybe a little bit late on a throw, but I felt like we weren't ready to deliver the ball."