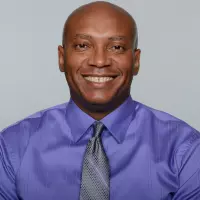 Carson, Calif. – The New Orleans Saints’ 19-17 preseason victory over the Chargers on Sunday wasn’t the cleanest victory that the Saints will construct. But there were several performances worth noting at Dignity Health Sports Park that contributed to New Orleans evening its preseason record at 1-1.

OFFENSE: Taysom Hill has progressed quite nicely as a quarterback for the Saints. Sure, he’ll still run it when he needs to (five carries for a team-high 53 yards against the Chargers, including a 23-yarder that had his teammates celebrating on the sideline). But against the Chargers, he completed 11 of 15 passes for 136 yards and two touchdowns, leading the comeback from a 17-3 halftime deficit. Hill ignites the offense when he’s on the field, in ways that are quantifiable (the numbers) and, perhaps, not calculable (he inspires confidence). The Saints had a red-zone turnover in the second half, which Hill played in its entirety, and he still managed to lead touchdown drives of 60 and 69 yards, and the game-winning field goal drive of 50 yards. When coaches talk about his improvement, it’s not lip service.