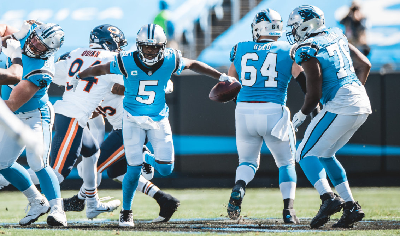 If any fan had been told Carolina would be sitting at 3-2 in mid-October and that all three wins would come without star running back Christian McCaffrey, they likely wouldn’t believe it, but they gladly would have accepted it. Following those victories, it seemed all realistic expectations for the team were discarded in exchange for premature playoff dreams, but now, after a humbling Week 6 loss to the Bears, those low-set expectations may be back.

The fact of the matter is the Panthers still have a long way to go. Their wins have shown promise and the team may already be further along than anyone thought, but with an entirely new regime comes growing pains. It’s time to temper those expectations a bit and remember the Panthers are only six games in with this new-look team.

“We’re in a place probably where not many people predicted us to be,” head coach Matt Rhule said Wednesday. “That’s a credit to the people here.”

With Drew Brees and the New Orleans Saints up next, Carolina has a chance to secure a signature win for Rhule in his first year. Brees isn’t the superstar he once was and the Saints have a 3-2 record, but Carolina hasn’t had a meaningful win against New Orleans since 2016. The Saints have won three straight NFC South titles, and a victory on Sunday would not only bring the team above .500, but it could bring the Panthers back atop the division if Tampa Bay were to lose.