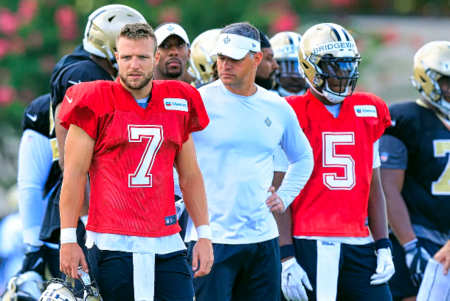 Could either one of them be Drew Brees’ potential successor?

The Saints are set at starting quarterback for 2019. Drew Brees was his typical all-world self for most of his previous year. While the now 40-year-old’s level of play declined late in the season, he still managed to record a league- and career-high 115.7 passer rating and led his team within one blown pass interference call of the Super Bowl.

But if Brees goes down, New Orleans has the backup ballast it needs to stay afloat.

The quadragenarian quarterback sits atop a depth chart that features a former Pro Bowler in Teddy Bridgewater. This offseason, Bridgewater re-signed with the Saints on a one-year deal, allowing him to continue to rebuild his value following 2016’s catastrophic knee injury while keeping his name in the mix as Brees’ possible successor.