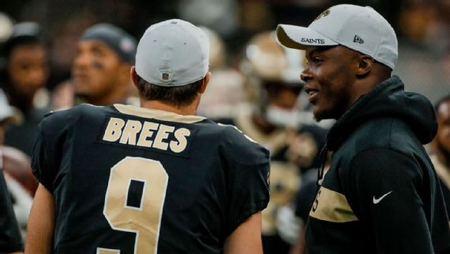 NEW ORLEANS -- Teddy Bridgewater and head coach Sean Payton both said it was too soon to speculate on whether they might consider extending Bridgewater's one-year contract beyond 2018 after the New Orleans Saints acquired him from the New York Jets in a trade Wednesday.

For now, anyway, Bridgewater said he was more than happy to wait and learn behind Saints starter Drew Brees.

Although Bridgewater, 25, has had only a day to process his second move in six months, he said his first reaction was excitement because he has been studying the Saints' offense since he was in college at Louisville.

"I definitely don't mind waiting," said Bridgewater, who began his career as a first-round draft pick with the Minnesota Vikings in 2014 before a major 2016 knee injury wiped out nearly two full seasons of his career. "For me, I get to take advantage of this opportunity to grow as a man and as a football player. ...