Teddy Bridgewater fires back at Rex Ryan, moves on from 2019 with epic highlight reel (1 Viewer) 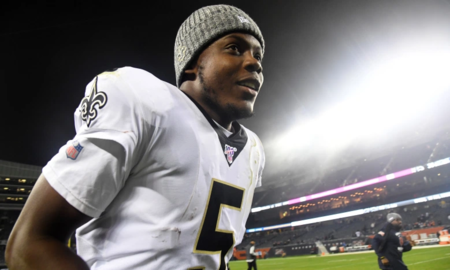 We’re on to 2020. That’s the message New Orleans Saints quarterback Teddy Bridgewater shared on Wednesday, along with an impressive cut-up of his best plays during the five-game stretch he started last season. The Saints were in a tight spot and had to lean hard on the backup, and he responded well by going undefeated in his time as the starting quarterback.

Not everyone was in on his chances to succeed. Bridgewater took a shot at former New York Jets and Buffalo Bills head coach Rex Ryan in the same video, including a brief clip of Ryan appearing in an ESPN segment and emphatically writing him off.