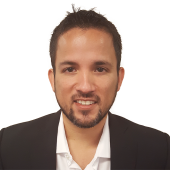 Before the start of the preseason, the Jets made it clear that they'd be open to trading away Teddy Bridgewater for the right price and it appears that they've found a team willing to pay that price.

The Jets have made a deal with the Saints that will send Bridgewater to New Orleans, CBS Sports NFL Insider Jason La Canfora has confirmed. According to ESPN.com, the Saints will be sending a 2018 third-round pick to New York in exchange for the quarterback. The Jets will also be including a sixth-round pick in the package being sent to New Orleans.

Bridgewater was actually on the team bus headed for the Jets final preseason game in Philadelphia when he found out about the trade. According to NFL.com, the bus, which was about to leave the team facility, let Bridgewater off after the trade went down. ...