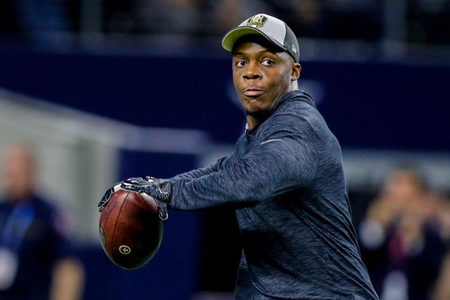 Teddy Bridgewater will start in Week 17 for the New Orleans Saints.

Sean Payton announced the decision Friday ahead of his team's second meeting with the Panthers in the past three weeks, likely meaning Drew Brees' regular season is over.

Bridgewater has not started a game since 2015 as a member of the Minnesota Vikings.


The Saints (13-2) clinched the NFC's top seed in Week 16 with a victory over the Pittsburgh Steelers. After Week 17, they will have a bye week before a divisional round playoff game at the Mercedes-Benz Superdome. ...