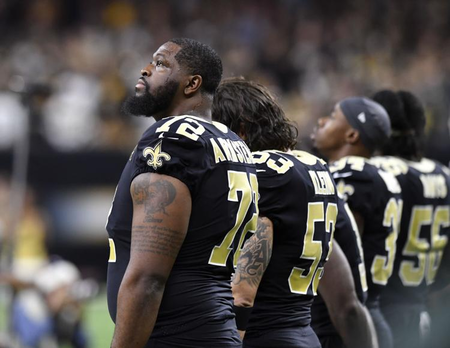 It has been quite a while since the Saints have had their entire offensive line on the field together during practice.

The team hasn’t had everyone available since the week leading up to Week 10, a game during which Terron Armstead suffered a torn pectoral muscle. Jermon Bushrod then sustained a hamstring injury during Week 15 game against the Carolina Panthers.

Since then, Armstead came back and got hurt again against the Steelers in Week 16, and Andrus Peat suffered a hand injury that knocked him out of action during the season finale against the Carolina Panthers. Somewhere along the way, Larry Warford picked up a knee injury that he’s been fighting the last few weeks. ...