Terron Armstead suffers setback against Steelers, hopes to be back for playoffs (1 Viewer) 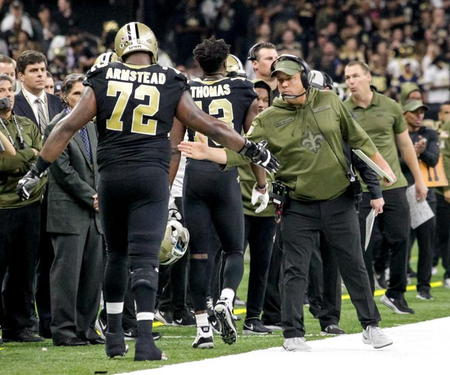 The offensive tackle played in his first game since suffering a torn pectoral muscle on Nov. 11, which caused him to miss the next five games before returning for Sunday's win over the Pittsburgh Steelers, but he suffered a setback that eventually knocked him out of action.

Armstead said that he felt good during the week, and believed he was ready, but ultimately found out differently.

“Lack of function. I tried to fight as long as I could, and then it got worse,” Armstead said. “I tried it again, and I just wasn’t able to. I didn’t want to be a liability to anybody else, so I had to shut it down.”

Armstead first suffered the injury during the second quarter and exited into the team's injury tent. He came back for the next series, and played into the second half, but eventually had to call it quits.

He was replaced by Andrus Peat, who kicked out to left tackle. ...