That win shows a lot more about this team to me... (1 Viewer)

Offline
than either of our first two games.

We were everything we were not, yet needed to be, last year.

The defensive line played an outstanding football game. We generated pressure from EVERYWHERE. It was not one guy motoring and the others giving a play or two every once in a while like at some times last year. All 4 (or in a lot of looks 3) defensive lineman, no matter who they were, were giving their all every play and it showed. Even Fujita had a great game playing as a 3-4 pass rusher on certain downs.

Drew Brees didn't play exceptionally well. Last year, when this happened, basically the rest of the offense fell apart. NO ONE wanted to shoulder the load, take over from Brees, and win the football game. Yesterday we had guys queueing up to do so, Thomas, Bush, and Hamilton were all hungry and relished any action they got. They each took full advantage of their touches.

As a result, we ran the ball brilliantly. Nothing more really needs to be said, exept I think it's great that we got 11 first downs running the ball compared with 8 passing. Compare that with last week, 15 passing, 8 running; or week 1, 16 passing, 10 running. We can no longer be written off as one dimensional.

We played a top 10 receiver, and shut him down. Santana Moss, Steve Smith, Roddy White, Brandon Marshall, Bernard Berrian. The list of good to great receivers who destroyed last year us due to blown coverages and big plays goes on. But yesterday, Jabari Greer and Darren Sharper owned their side of the field.

Their names weren't getting called a lot and that is because, nothing flashy, they just did their job. That TO hasn't had a no catch game since 1996 just goes to show how well a job Greer did in coverage and Sharper in support. Not to take anything away from the opposite side though, where Lee Evans only had 30 yards. I'll take giving up a few big plays over the middle for no points if we don't get beat deep, and we didn't, not once (and I'm not counting fake field goals).

We won the turnover battle. It wasn't spectacular at 2 to 1, but in the end I think it gave us the edge. Say, like a lot of times last year, we give the ball back another time or two. Do we still win that game? I don't think we do, no matter how bad the Bills offense was spluttering.


I have been holding out declaring my opinion on this team until we were pushed out of our comfort zone. That is when good teams become great, and we absolutely rose to the challenge.

Those dirty games, on the road, won in the fourth quarter are always challenging. Coming out of those with a win is the fabric of deep playoff runs. Quite simply, super bowl contenders win those games, 8-8 or lesser teams don't. Those games like yesterday make the difference between 8-8 and 10-6+.

Next week brings a tougher challenge in a team that is really firing on all cylinders. Will we win? I don't know, but I do know there is no one else I would rather have putting together the strategy to do so right now than Sean Payton and Gregg Williams. 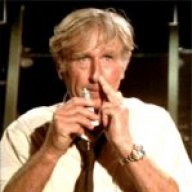 I get all numb

Offline
I think we may already have about half as many takeaways after three games as we had all of last year.