Still, when one stops and realizes who the pitchers were: the unanimous Cy Young winner from last season in the first game and the guy with the lowest home ERA in the major leagues last season in the second, the dauntingly low offensive output is more understandable.

Last night, in contrast, they hit three home runs off of a pitcher who only allowed 14 home runs all of last season in Maddox. That certainly portends better things to come. The other good news about these three games is how well Brandon Backe pitched. If he and Roy continue to perform as well they did (and let's be honest, we all expect even better out of Roy O), they both should rack up a lot of wins this season. Next we get to see what we have in Chacon and Sampson. Here's hoping they're just good enough that the offense (please keep last night's trend going, guys) can outscore the opponents...

My son is about to jump out of skin in anticipation of returning to Minute Maid Park. Go 'Stros!!!!

Offline
This board is not for sports notes. Please keep those threads on the EE board where they belong. Perhaps someday the webmaster will consider starting a board devoted entirely to notes about sports, but until then, this belongs on the Everything Else Board if not Saints related.

Thank you for your willing cooperation

Offline
Jonesy,
I humbly prostrate before you and ask your gracious forgiveness. I forgot that Snote actually means "silly notes about nothing".

Offline
All this prostate talk is making me cringe.

Offline
Snote is the unofficial Astros board.

Backe pitched well in his loss. He looked like a solid #2 pitcher and that's better than I expected from him. I don't blame Coop for pulling him though. Bases juiced and Backe had struck out twice. If these guys are even marginally better than advertised then we will contend. We are getting zero respect from the media guys though.
OP

Offline
Shawn Chacon looked fairly decent himself today. He wasn't stellar, but he ended up only allowing 2 runs over 6 innings. That's a pretty good outing. If our offense lives up to the billing, they should give him plenty of wins if he can keep performing that well. The bats were working decently tonight, they just had trouble bringing the runners home. Hopefully, that won't become a trend.

Wandy had a rough outing last night, which echoes last season on the road for him. We can only hope he'll be as good at Minute Maid as he was last year as well (and hopefully improve his road performances while he's at it)..

Offline
Sampson looked like Oswalt today. Good for him. The Cubs have a decent group of hitters so 6 scoreless innings don't come easy.

Once again, our pitchers don't have to be lights out. If they're just respectable then we should take our weak division. 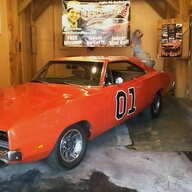 Offline
I have been a Padres fan since I was 12 and I can honestly say I enjoyed watching the Padres take 3 out of 4 from them. Heck, we were 1 strike away from sweeping ya'll if our Hoffman hadn't choked at the end. But still a good series for us.
Show hidden low quality content