Joe Horn-et said:
Which makes hiring the Sam’s Choice version of Sean Payton that much more complexing.
Click to expand...

Not really that complex or difficult to figure out if you take into consideration, Loomis felt he still had a very talented, potent team that could win at a high, competitive level like they did 5-6 years ago. Hiring another new, young, up-and-coming former assistant as HC mightve been too close to a rebuild for him and maybe he assumed (which is a word I hate, BTW and something sports GM should avoid at all costs) that the 2022 version of Dennis Smith would be smarter, mature, intelligent and more adapt at running an NFL team then he was for nearly two seasons in Oakland a decade, ago. And maybe Smith is or believes he is smarter, more capable, and adapt then he was back then. But, like Josh Mcdaniels with Raiders, just because one thinks a former, failed NFL HC might be better-equipped to be a HC now then 10 years ago, doesn't mean he's going to succeed a second time around. Sometimes, a very good OC/DC doesn't mean you're going to succeed at the next tier. It didn't really work with Buddy Ryan, except during his time in Philly, didnt with Joe Bugel in Arizona, and from an NFL perspective, it didn't really work with Gene Stallings either when he was HC with St. Louis/Phoenix Cardinals.

Josh Mcdaniels is failing again with a team that has way too much talent to be 0-3 right now, making terrible in-game decisions, or just the recipient of being of the bad end of terrible luck, or losing close games, he still sucks as a HC now as he did with a lesser-talented, nowhere near as competitive Broncos team over a dozen years ago. His personality and his kind of shady background/questionable ethics doesn't endear him to everyone, either who feel he'll just bail out whenever the circumstances surrounding his job become too difficult and he has to be a leader, for once. 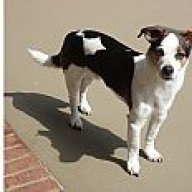 Offline
I meant Pete Carmichael but your points are well taken.

Joe Horn-et said:
Which makes hiring the Sam’s Choice version of Sean Payton that much more complexing.
Click to expand...