I'm supposed to write funny things. That's why they brought me here. But I can't write anything funny about Mark Sanchez. Oh believe me, I've tried. I've done my research, I've listened to his interviews. I've mulled for days, pacing about my office in deep contemplation. But I can't do it. I can't do it, because Mark Sanchez is the perfect human being.

There is no reason to believe that Mark Sanchez won't single-handedly save the planet one day. Yes, I'm calling it. I don't know what the situation will be. Maybe a comet will be heading toward Earth, and in our final desperate moment, Mark Sanchez will throw a perfect spiral through Earth's atmosphere and into the comet, shattering it into a trillion dust particles. Maybe some insane foreign country will have their finger on their "nuke the world" button, when a commercial featuring Mark Sanchez will appear on their televisions, prompting them to reevaluate their lives and become Buddhist priests. Maybe a species of violent extraterrestrials will surround Earth with their warships and say, "give us one reason not to destroy you." We would only need to answer with: Mark Sanchez. The aliens would hang their heads in shame and leave us alone.

The point is, I wish I was Mark Sanchez, and so do you. Don't scoff. It's the truth. You know that funny feeling in your gut? It's you, wishing you were that hot-as-tamales, curly-haired, stallion of a man. Or it's gas. But it's probably that first thing. 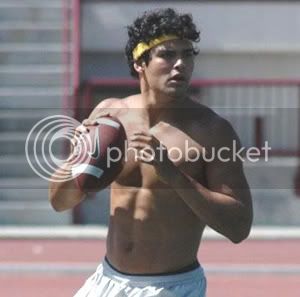 Probably the sexiest picture in the history of the universe,
including all parallel dimensions.
​

I know I should probably try to put this into the context of the upcoming Saints game, but I'm really not sure there is a context. I'm not even sure there'll be a game. There's an excellent chance that the only reason the Saints will even show up will be to behold the glory that is Mark Sanchez. He'll probably get flagged for unnecessary righteousness. I predict that by the end of the game, Mark Sanchez will be sitting atop a golden calf. There might even be sacrifices.

I'm not alone in this. Just turn the television to any sports channel, and you'll see. Every segment, every highlight, every discussion, is about Mark Sanchez. And that's the way it should be. I don't even know why any other football team bothers to play, as it's a foregone conclusion that by the end of this year, the NFL itself is going to retire, as nothing the league ever does, ever again, ever, will top Sanchez's greatness. I bet when Mark Sanchez farts, it sounds like Ode to Joy. 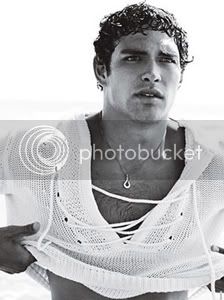 The Saints have absolutely zero chance to win this game. Even if Mark Sanchez would be the only Jet to show up, the Saints still don't stand a chance. He'd set an NFL record for number-of-passes-completed-to-oneself-for-touchdowns during a game. The whole while he'd be out there completing passes to himself, and the Saints would just be wandering around the field aimlessly, wishing they were Mark Sanchez. Maybe if one of the Saints players is lucky, at the end of the game, Mark Sanchez will actually touch him, thereby anointing him a disciple. From that moment on, that lucky player would get to follow and learn from Mark Sanchez wherever he went. I so badly wish it could be me, but I sit in the 600s, so the chances of Sanchez spotting me from the field are pretty slim. Regardless, whoever that lucky player is, I'll wish I was him almost as much as I wish I was Mark Sanchez. 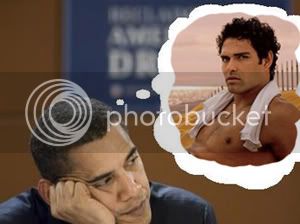 Wait...wait...I feel something. I feel something rumbling inside. I think it might be...ahhhh, yes. That felt great. Wow, I guess it really was gas all along. I guess I don't wish I was Mark Sanchez. In fact, I think I'm sick of Mark Sanchez. I think I want Charles Grant to step on his face. What if everyone else is sick of Mark Sanchez, too? What if everyone is mistaking their bridled flatulence for Sanchez adoration? I bet everyone's just been eating their broccoli and beans.

I'm changing my outlook. The Saints will devour Mark Sanchez. Provided they took Gas-X before the game.

Prediction: Regardless of who wins or loses...we'll all be hearing about Mark Sanchez.

I would like to begin this week's ranking by congratulating the Detroit Lions. Having earned their first victory since 2007, they have removed their "opponents" from our power rankings. That's right. I'm not knocking them down to three or four. I'm removing them completely. Win one, and the mockery's done.

2. (+1) New Orleans Saints (3-0) – Anyone who claims that the Saints have no defense has not been watching the Saints. This is as complete a football team as New Orleans has ever had. Yes, already.

3. (+2) Indianapolis Colts (3-0) – They haven't been winning as solidly as they have in the past, but they've still been winning. There's no reason to believe this team won't be vying for the number one seed in the AFC.

5. (+1) New York Jets (3-0) – The Jets have shown that they can win by their defense alone. What they need is for Mark Sanchez to manage most games and win a few when the need arises. So far, he's shown he can do that.

6. (+1) Minnesota Vikings (3-0) – Brett Favre doesn't need the media to create drama for him. He brings his own during football games. Regardless, on the list of Minnesota stars, it's names like Adrian Peterson and Percy Harvin who are making the Vikings competitive.

7. (under 11) New England Patriots (2-1) – By far, their victory over Atlanta was their most impressive of the regular season so far. They're a good team, and while they might not be on the same level as the Baltimores and Indianapolises (Indianapoli?) of the NFL, they'll contend for a playoff birth.

8. (-4) Atlanta Falcons (2-1) – You've got to put up more than ten points, Atlanta. The game against the Patriots was an opportunity to make a statement, and they just couldn't do it.

9. (-1) Chicago Bears (2-1) – There's just something about this team, even in victory, that doesn't instill confidence. It was a big deal the previous week when they beat the Steelers, until the Steelers limped out of the gate at 1-2. The Bears seem like they should be doing better.

CHI over DET – I almost want to pick the Lions here, believe it or not.
CIN over CLE – Calm down, Bengals. It's just Cleveland.
IND over SEA – The Seahawks are snake-bitten.
NYG over KC – This shouldn't even be close.
BAL over NE – One of the best match-ups of the week. Brady may cry (again).
TB over WAS – This game should be called the Toilet Bowl.
TEN over JAX – Good grief, you're killing me, Titans!
HOU over OAK – I miss the Oilers.
NO over NYJ – Home field advantage gives New Orleans the edge.
BUF over MIA – Here's a prediction: TO catches a pass.
SF over STL – The 49ers are a good team, and the Rams aren't.
DEN over DAL – The improbable run continues!
PIT over SD – The Steelers are better than 1-2.
MIN over GB – The Vikings will win, and it will have nothing to do with Favre.

Hate this crap? Awesome! Email me at thebayoubullet@hotmail.com and tell me about it!

In addition to sports satire, Lee Stephen is the author of a science-fiction novel series. Learn more about it at www.epicuniverse.com or check it out on Amazon.
Last edited: Sep 30, 2009
Show hidden low quality content