AMENDED - Upon originally posting this article, I gave the Giants the edge over the Saints due to our customary bye-week-flatness. Having thought upon that, I'm going to hit the backspace key. In my honest, non-homer opinion, the Saints are the better, more tested team. The only factor in my pick was the fact that this game followed a bye. But you know what? Bye be darned. Better teams overcome such things, and I believe we're the better team.

Eat it, week off.

It's like the Circle of Life. Only stupider. Thus is the story of the New York Giants' 2009 season. The teams listed above are the teams that the Giants have defeated so far. It goes beyond just win-loss records, too. Of all the defenses that the Giants have faced, the best statistically has belonged to the Redskins, who are ranked 4th. The Cowboys rank 21st, the Buccaneers 28th, the Raiders 31st, and the Chiefs 32nd. On the flip side, the most impressive offense has belonged to the Dallas Cowboys, who have (believe it or not) the best statistical offense in the league. Following them are the Redskins, who rank 23rd, the Buccaneers at 26th, the Chiefs at 30th, and the Raiders at 32nd.

In other words, only twice all season long have the Giants faced an opponent with one side of the ball above the bottom third. What does this mean? Well&#8230;it means 5-0. 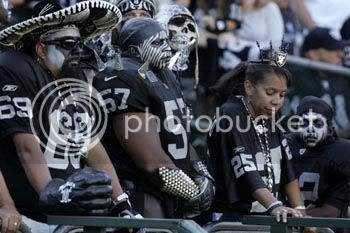 Seriously, how proud should you feel to defeat these poor people?
​

Now, now, don&#8217;t get your knickers in a knot. I&#8217;m not bashing the Giants. They&#8217;ve blown out terrible teams, and that&#8217;s what good teams are supposed to do. I&#8217;m only stating that before the Giants can be considered a powerhouse, they need to at least defeat a competitive opponent. This week gives them the opportunity. And do you know what? They might just do it.

If there&#8217;s one thing that&#8217;s been consistent in the Sean Payton era, it&#8217;s that the Saints are wretched after the bye. In 2008, the Saints got trounced after the bye by the Atlanta Falcons 34-20. In 2007, they came out flat and lost to the Panthers, 16-13. And I know everyone remembers 2006, when the Baltimore Ravens bushwhacked New Orleans 35-22, a game that was never as close as the final score indicated. Now, you can&#8217;t make a definitive statement about any of those games. After all, the Saints have lost at least six games in each of the past three years, so it could just be chance (or better opponents) that handed the black and gold their post-bye losses. You also can&#8217;t discount that the Saints beat the Philadelphia Eagles in the 2006 playoffs after a first-round bye. But in the regular season, at least, there&#8217;s cause to fear that weekend off.

In an attempt to address this very issue, Sean Payton gave his players pretty much all of week one off, as a reward for starting the season 4-0. It&#8217;s apparently a tactic he&#8217;s picked up from Andy Reid of Philadelphia. While I&#8217;ve never been too high on the concept of improving by not doing anything, hey, if it works, I&#8217;m all for it. This is a must-win game for both teams involved, which means one of them is going to leave sorely disappointed. With a challenging schedule ahead for New Orleans, they can&#8217;t afford to let the prospect of a number-one seed slip away this early in the season. The Giants are a team, if not the team, that we&#8217;re going to be in a seeding war with this season.

So what do I think will happen Sunday in the Superdome? I don&#8217;t know, and neither does Vegas. If the Saints play to their potential, their chance to knock off the Giants is excellent. But if the dreaded post-bye-flatness strikes, watch out. You can get away with flatness against some teams, such as&#8230;well&#8230;every team the Giants have played. But against a worthy opponent, which the Giants are, flatness can get you destroyed. All I know is that no outcome, whether it&#8217;s a blowout on our part or against us, is going to surprise me. This week, anything really can happen. But we&#8217;ll all have a much clearer picture of the NFC&#8217;s top dogs come Sunday evening.

Yeah, I realize that I never really said anything funny in this article. To make up for it, here&#8217;s a picture of Eli Manning and his wife flying a rocket ship. 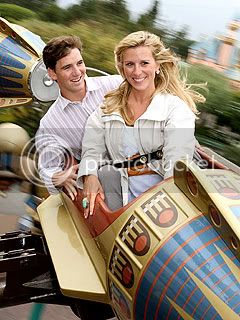 This rocket ship has as many wins
as the Chiefs and Bucs combined.
​

Since I took last week off, you'll notice that there aren't going to be (+1) or (-1) indicators this week.

2. Indianapolis Colts (5-0) - As much as I love the legitimate thought of Drew Brees being league MVP this year, there's nobody doing it like Peyton Manning right now. This team might not lose for a while.

4. Minnesota Vikings (5-0) - For an undefeated team, I find myself strangely unable to pin down the Vikings. Their schedule's about to get a lot tougher, though, so we'll find out soon enough.

5. Denver Broncos (5-0) - You know what? They've earned it. Despite the fact that I think they'll get tripped up this week in San Diego.

6. Atlanta Falcons (4-1) - Wow. Seriously, wow. I certainly didn't see that one coming. I wouldn't want to be within fifty feet of Mike Singletary this week.

7. Cincinnati Bengals (4-1) - I find it as hard to believe as anyone else, but when you punch Baltimore in the mouth, that makes a statement. This team is one flukey pass from being 5-0.

8. Chicago Bears (3-1) - Much like Minnesota, I can't quite put my finger on the Bears this season. Huge game this week against Atlanta with implications all over the place.

11. New England Patriots (3-2) - It's still hard to pick against the Patriots, ever. No matter how many times they lose, I still look at their record and say, "yeah, they'll probably win the rest of their games."

CIN over HOU - Just to prove how annoying they are, watch the Texans win this game.
GB over DET - This might be closer than people think.
JAX over STL - I honestly thought the Jaguars would do better last week.
BAL over MIN &#8211; The Ravens should be angry after losing at home.
NO over NYG - Gotta believe.
PIT over CLE - The Browns got a win, 6-3, in the most boring game in history.
CAR over TB - And just like that, the Panthers will be one game away from .500.
WAS over KC - "When Indians Attack!"
PHI over OAK - The Eagles continue their pummeling of the pitiful.
SEA over ARI - Someone figure out the NFC West. Please. It makes my brain hurt.
NE over TEN - Stick a fork in the Titans. They're done.
NYJ over BUF - Defense only wins championships if it wins ballgames first.
ATL over CHI &#8211; This game could go either way, but I&#8217;m giving Atlanta the edge.
SD over DEN - The Broncos get their first loss of the '09 season.


Enjoyed this article? Email me at thebayoubullet@hotmail.com and tell me about it!

In addition to sports satire, Lee Stephen is the author of a science-fiction novel series. Learn more about it at www.epicuniverse.com or check it out on Amazon.
Show hidden low quality content