Offline
....Jenkins? Now that we've had the chance to see him up close and personal, what do you think about his skills as compared to Cason out of Arizona? Do you think he deserves his high praise. He did get burned for a TD, but he also got his team back into the game with a nice int of Flynn. Flynn did make a bad throw, but Jenkins did well to catch that fastball. I would've liked to seen him play more man to man, but Ohio State's defensive gameplan was to keep everything in front of them. Cason may be ahead of him right at this moment. Who do the Saints take at #10?

Offline
I'd prefer Aqib Talib... If Kenny Phillips is gone at 10... I'd consider trading ou of 10 and take Talib or Cason later in the 1st... I'm just not feeling the hype with Jenkins. he had an INT which was a result of a misread by either Flynn or the WR... other than that he was just ou there... and got beat for a TD by Lafell... Talib and Cason are playmakers... and are both better in man coverage.

Offline
they rarely threw it his side

Offline
I still like Chevis Jackson in the second round. Linebacker at #10.

Offline
I think he played well, he got beat on the touchdown by lafell, but he then had the great read on the pick. I think I would rather take a chance on a chevis jackson in the 2nd over taking jenkins in the first.

Offline
I agree with Socbe7, Laurenitis or Connor in the 1st Chevis Jackson in the second

Vega$$aint said:
I think he played well, he got beat on the touchdown by lafell, but he then had the great read on the pick. I think I would rather take a chance on a chevis jackson in the 2nd over taking jenkins in the first.

He got beat because the play was almost a pick play, except it was Jenkins' on teammate that got in his rate as Lafell broke to the left near the goalline. Other than that, they hardly went at Jenkins. And as I mentioned in another thread, LSU receivers, in general, hardly had a big night. Jenkins' interception was nothing special he did but it was a heads up play on his part along with a very nice return that was almost a touchdown if not for his heel slightly touching out-of-bounds.

Offline
Chevis in the second would be too high. I think his best value is in the third round, maybe even fourth depending on how things fall. Most likely, though, he's a third rounder.

Connor in the first only makes sense if you are trading down in round 1 and then selecting him.

Vega$$aint said:
I think he played well, he got beat on the touchdown by lafell, but he then had the great read on the pick. I think I would rather take a chance on a chevis jackson in the 2nd over taking jenkins in the first.

LOL, there was no read involved. It was miscommunication b/w QB and WR. Flynn throws it inside and it's a catch. Like Droopy said, Jenkins was kinda just out there. I wasn't impressed. OSU guys...eh...I dunno, maybe it's just the Big Ten in general, but I think most of those guys are overhyped. I still wonder how in the world did they dominate Michigan the way they did?? They were clearly outclassed tonight.

But yes, I completely agree with you on Jackson (as if that's any surprise).

Offline
I'm an LSU fan but I really like Jenkins I definitely think he's one of the top rated CB(I think h had a solid game), would not be disappointed picking him in the first even though CB's are pretty risky in the 1st..

Offline
That being said i think CB is very deep with quality guys in the late 1st 2nd round(Talib although he might go first, Jackson, Castille) so that means if we see a highly rated LB or DT in the 1st the best move may to grab one of those guys because we would more then likely still be able to grab a good corner in the 2nd... 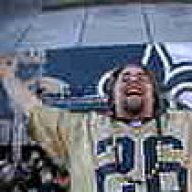 Offline
Jenkins INT is the same type of gimme INT that Jason David gets. That INT wasn't generated by Jenkins, but was given up by LSU, all Jenkins had to do was catch the ball. 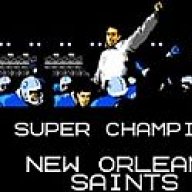 Offline
To be honest I wasn't impressed with Jenkins or Lauranitas. Jenkins got beat on the touchdown play and his int. was a gimme. As for Lil Animal I was surprised when the announcer said he had 18 tackles. When you have All Americans on your team they should be making some game changing or momentum changing plays, and tonight I didn't see much of that.

Trey W. said:
I agree with Socbe7, Laurenitis or Connor in the 1st Chevis Jackson in the second
Click to expand...

I'd take Shawn Crable ahead of Connor

Hopefully, Kenny Phillips is there when we go to pick. If he's not, I want the Saints to get Sedrick Ellis. If he is not there, trade down and pick whichever corner puts up the best combine numbers. The linebackers are plentiful this year and there won't be that much difference between the first rounders and second. Best player available on defense other than a DE is fine with me. But hopefully we can land Phillips

Offline
The player I was most impressed with last night? Wells. That was one heck of a running back. How would he look in Black and Gold if Deuce can't go? What year was he? If he was not a senior or a junior coming out, I can possibly smell Heisman. Hester was awesome; Wells was phenomenol.
Show hidden low quality content