Offline
At least a couple of familiar names have released Christmas albums for this season.
James Taylor

The 12-song collection of traditional and contemporary seasonal songs includes James' heart-warming version of "Have Yourself a Merry Little Christmas" from the 1944 film, "Meet Me in St. Louis", "Santa Claus is Coming to Town," as well as the premier of a new recording of Joni Mitchell's composition, "River." Special guest performances on the CD feature jazz trumpeter Chris Botti on "Winter Wonderland," legendary harmonica player Toots Thieleman on "The Christmas Song (Chestnuts Roasting On An Open Fire) and with Natalie Cole on "Baby It's Cold Outside."

More from his website here (crank up the speakers): http://www.jamestaylor.com/

Here is the description from H&O's website which includes where to buy it...

The album, with a portion of proceeds donated to the U.S. Marine Corps charity Toys for Tots, is available exclusively at all Trans World Entertainment outlets, including F.Y.E., Sam Goody, Strawberries Music, Wherehouse Entertainment, Suncoast, Spec's, Second Spin, and Coconuts Music and Movies. The duo will also serve as spokesmen for the 2006 Toys For Tots fundraising campaign.

"We wanted to do an album that expressed the true spirit of Christmas, that of peace, traditions, family and friends coming together," says Daryl Hall. "The songs, some familiar, but adapted to our style, others more obscure, along with two originals, are about ecstasy, grace, poignancy, love and, of course, soul." **

Offline
Aimee Mann just released one, too. I downloaded it from yahoo, but I haven't listened to it yet as I refuse to because it's not even Thanksgiving yet.

Offline
Sufjan Stevens has an xmas box set coming out...

Offline
I may have to go get that James Taylor Christmas CD. That duet with Natalie Cole on "Baby It's Cold Outside" sounds great. I need to remember to listen to more JT when I need to mellow out, LOL.

Thanks for the reminder to pull out the holiday CD's. I also like to put the digital music channel on "sounds of the season" this time of year (FYI, if you have that on your cable tv, always tune in on Mardi Gras day....New Orleans music ALL DAY LONG).


I always go for Trans-Siberian Orchestra: Christmas Eve Sarajevo and other stories.

Offline
sweet. none of the links will work for the H&O songs on their website. i want to check them out. Thanks jazzbo

Offline
what a great idea!!! make an album of the same songs that hundreds of others have made albums with....this will catch on i am sure

antipop504 said:
what a great idea!!! make an album of the same songs that hundreds of others have made albums with....this will catch on i am sure
Click to expand...

What is really cool though is when an artist comes up with an original that might not sell at first but through word of mouth 30 years later the song becomes a classic.

On another note, I would love to hear Sufjan's and Amy Mann's albums and add them to my collection. I have pretty cool collection of Christmas songs that span the decades.

johnnyd said:
There is a reason artists put out Christmas albums. .
Click to expand...


Hey, what else is Christmas about? :3ddollars: Heh. 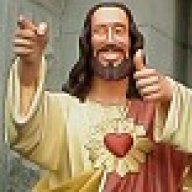 Ted said:
Aimee Mann just released one, too. I downloaded it from yahoo, but I haven't listened to it yet as I refuse to because it's not even Thanksgiving yet.
Click to expand...

Her version of "I'll be home for Christmas" is really well done.

johnnyd said:
Hey, what else is Christmas about? :3ddollars: Heh.
Click to expand...

So does anyone have this yet? I'm heading to Best Buy to see if they have it, though I highly doubt they will.