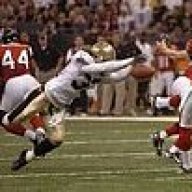 Offline
Something that we knew would be important with the addition of Gregg Williams as the D coordinator was the need to create turnovers. I am guessing it is why Payton took the $250K hit to bring him aboard.

It is obvious to know that if we turn the ball over, we are giving Brees a short field, and we have a better chance of winning if we take the ball away more than we give it away. The problem with our defense in recent years past was that we rarely got that pick, or that stripped fumble, or the timely sack. It was a shootout to the end, and Brees had to be PERFECT the whole game for us to come out with a win.

We knew if we could create more turnovers, we would instantly have a greater chance of winning. But something that I haven't really considered was the dagger factor. The fact that we can end a game at any point with a couple of timely turnovers and an offense that might be the best of all time.

The Philly game opened my eyes. It was a close game coming out of halftime, and we got the two back-to-back turnovers, turned it into 14 points, and the game was over. You could see it in the way Philly played after that. How are you supposed to make up 21 points, knowing that Brees gets the ball back each time? You can't, and the other team knows it.

Not only is the turnover important for us to win the game, but it is the dagger that kills the other team. Everybody knows we are going to score a lot of points. As an opposing offense, you have to keep up. You CAN'T give the ball up to a team that is now trained on defense to go out and get it.

It is clear that our focus on D is getting the ball back. Not stopping the run. Not limiting the pass. It's getting that damn ball back and killing the other team's momentum, while only enhancing ours.

We are playing at a level whereby the opposing offense has to have a PERFECT game just to keep up. Our defense doesn't need to be perfect. We can give up a lot of yards, and points. But at any point, if we get that ball back, especially on their side of the field, you can just see it in Brees's eyes that he gets even more competitive ahd wants to stick that dagger in even deeper than it was before.

We are as intimidating as it gets on offense. To recognize the importance of bringing in a defensive coordinator that has the accumen to create a mindset of taking the ball away from the opposing team as the top priority was THE SMARTEST MOVE our front office and Payton has made since picking up Brees.

Now, we are intimidating on defense because of this fear of the dagger factor. The opposition knows we are going after the ball on D at all costs, and they are going to have to play 4 quarters of mistake-free ball in order to compete. It's going to be very hard for this to happen.

This is going to be a very fun year to watch. 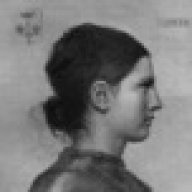 Offline
The key is creating turnovers. That's something this team has lacked in the Payton years.
Show hidden low quality content