Offline
Sticky Post
I don’t have much to say about this but if you heard the testimony of some of the prosecutions witnesses today and didn’t have a tear in your eye you aren’t human. Yes the man had a criminal record, yes the man had drugs in his body but he didn’t deserve to die like that. Could the drugs have killed him???? Maybe. Did he have other health conditions that could’ve killed him???? Maybe. But that cop took those decisions into his on hands and brought about an outrage in this country that’s been at the surface for a long time. God it’s time we turn to you.
Click to expand...

tomwaits said:
Its not though. The thread is about a trial of a cop who murdered someone. From what I am hearing race was not mentioned in the trial. We also KNOW that police have and will kill people of any color. The issue is police accountability.

If Floyd had been low income, redneck trailer park guy with Floyd's same record and history with Chauvin, it likely would have gone the same way.
Click to expand...

I'll just say that while the trial is the primary topic of the thread, there is room for discussion issues regarding race and systemic racism. We can have that discussion without veering too far off into politics.

As the Derek Chauvin trial is nationally televised and livestreamed this week, Americans have once again been exposed to the May 2020 video of the former police officer driving his knee into George Floyd's neck as he repeatedly said, "I can't breathe," in his dying moments.

These images may rekindle feelings of racial trauma, with mental health experts warning that watching the trial could have profound emotional and psychological consequences for Black Americans.

"Revisiting the events connected to George Floyd's death serve as a visual reminder of the devaluing of Black life and the potential costs associated with racism and discrimination," said Steven Kniffley Jr., a clinical psychologist and assistant professor at Spalding University's School of Professional Psychology.

Research shows that repeated exposure to racism, such as watching the televised trial, is associated with a host of psychological consequences, including depression, anxiety, post-traumatic stress disorder, substance-use disorders and suicide.

"Symptoms of vicarious or secondary trauma include, but may not be limited to, difficulty managing emotions, feeling emotionally numb or shut down, experiencing fatigue, sleep disturbances, flashbacks or intrusive memories, physical problems or complaints, such as aches, pains and decreased resistance to illness," Garrett-Akinsanya said...........

tomwaits said:
Its not though. The thread is about a trial of a cop who murdered someone. From what I am hearing race was not mentioned in the trial. We also KNOW that police have and will kill people of any color. The issue is police accountability.

If Floyd had been low income, redneck trailer park guy with Floyd's same record and history with Chauvin, it likely would have gone the same way.
Click to expand...

even more precisely, trying to force the trial/thread to NOT be about race is more disingenuous than an open discussion

DaveXA said:
I know what you're saying, but, I'll push back a bit and say yeah, it's most often whites who say that. I've got more than a few non-white friends who say that, and of course there are some whites who don't say that. Several on this very thread.

And, sure, that statement isn't true, not just for black people, but for all kinds. Black and brown certainly get the worst of the abuse, yes.

The rest I completely agree with.
Click to expand...

this might not be the thread for it, but there is a distinction between caucasians and Wypipo

guidomerkinsrules said:
this might not be the thread for it, but there is a distinction between caucasians and Wypipo
Click to expand...

Actually I haven't heard the distinction made before. Well, actually, I'd never heard the term Wypipo until yesterday when I was mentioned and I didn't really think about it. Maybe we need a thread.

Offline
Do I think this should be about racism? No, I don't. But am I going to convince anyone? No. I mean, I think this is about police procedures and dumb cops possibly drunk with the power of a badge. Do I have an answer for it? No, because that's exactly what attracts the kind of person who will use that like a weapon. This gives me a headache thinking about.

Yeah, I just thought it was a funny way to abbreviate white people, lol.

DaveXA said:
Actually I haven't heard the distinction made before. Well, actually, I'd never heard the term Wypipo until yesterday when I was mentioned and I didn't really think about it. Maybe we need a thread.

guidomerkinsrules said:
it's literally impossible for it not to be
does not have to be the only thing the trail (and thus thread) is about but there exists no venn circle about this that does not overlay with race esp systemic racism

even more precisely, trying to force the trial/thread to NOT be about race is more disingenuous than an open discussion
Click to expand...

"Let's have a national discussion on police accountability."
"No, its always racism."

tomwaits said:
"Let's have a national discussion on police accountability."
"No, its always racism."
Click to expand...

That's not what he said. And both can be topics of discussion since they are often intertwined.

tomwaits said:
"Let's have a national discussion on police accountability."
"No, its always racism."
Click to expand...

how do you imagine they are separate discussions?
modern policing has roots in slave patrols and jim crow enforcement
the FBI has demonstrated for decades that white nationalists have infiltrated polices forces of all sizes across the country
how do you imagine police reform is a separate conversation from race relations?

The jury considering murder and manslaughter charges against Chauvin won't hear about any of them. And their verdict may be influenced as much by what they don't know as what they do.

In the run-up to the trial, both sides sought to introduce evidence about Chauvin and Floyd's past actions. Prosecutors wanted to introduce eight incidents for Chauvin. Hennepin County District Judge Peter Cahill allowed two of them.

The defense wanted to bring up two arrests of Floyd, including one in Harris County, Texas in 2007 that resulted in a conviction for aggravated robbery. Cahill allowed only a portion of Floyd's 2019 drug-related arrest in Minneapolis..............

Prosecutors argued these incidents showed Chauvin regularly resorted to force, even when it wasn't necessary.

"In the State's view," they wrote, "Chauvin operates in disregard for the particular circumstances of a given situation in determining appropriate reasonable force and simply fully restrains the suspect with no regard for their well-being until he can turn them over to someone else."

"The real purpose for which the State seeks to introduce evidence of eight prior incidents ... is simply to depict Chauvin to the jury as a 'thumper,' an officer who knowingly and willingly relishes 'mixing it up' with suspects and routinely escalates situations and engages in the use of unreasonable force," the judge wrote.

Cahill ruled that any value of introducing those six incidents to prove Chauvin's guilt in Floyd's death would be outweighed by the potential to unfairly prejudice the jury..............

Derek Chauvin used force against suspects before George Floyd. The jury won't hear about 6 of them. (msn.com) 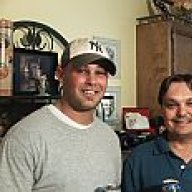 guidomerkinsrules said:
It’s not fair, certainly
But I think if I was standing next to you I would have done something about it
Click to expand...

DaveXA said:
I think the difference is his approach. I think approach to the subject does matter and 2884 is more thorough in stating why he thinks that way.

But ultimately hindsight is indeed 20/20. But even with hindsight, I still think there was no good way for bystanders to intervene. If they intervene, we have a worse catastrophe, with multiple people possibly being shot/killed and Chauvin probably gets away with this.
Click to expand...

Understood , I can't speak for what my emotions would be at the time .

antipop said:
there's always the guy that would have done something if he was there


CapitalCitySaint said:
do you know how harshly people are penalized in this country for assaulting police officers in the line of duty? That’s assuming they make it to trial and aren’t all shot once the cops radio for the cavalry to come help.
Click to expand...

Also yep, it's like some haven't been paying attention recently and fail to realize that trying to physically intervene with cops with bad intentions may not turn out to be a disaster for all involved....had that happened the murderous cop and those complicit would have likely been martyred....
Show hidden low quality content