Online
I wanted to make this thread in order to get your thoughts on current college QBs that will be going into the draft in the next 3 years. We know Drew says he'll be around for a while longer, but I think in the next 2-3 years we will be drafting (or maybe signing as a free agent) his eventual replacement.

I know next to nothing about Xs and Os of playing QB or football in general. I know some things that I can deduce through having seen it with my own eyes or by reading some of the better analysis here on this site, but nothing you can call expert level stuff.

With all of that said, I'll go ahead and post the first QB. I read an article this morning about this kid and was floored about how humble he is and what great things everyone seems to say about him. Jake Browning is the QB of UW. He's made a huge jump in ability between his freshman year (in which he was the first true freshman to start for UW in the season opener in its history) and his sophomore year. He's 6'2" and 209 lbs right now, which I think he'd add 5-10 lbs by the time he's done at UW, which I think is the perfect height with our offense.

Anyway, please post QBs you think we'd have a serious shot to go after in the next few years and if there are any articles about them, please post them as well. I'd love to learn more about anyone out there. 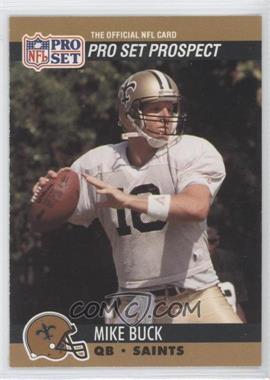 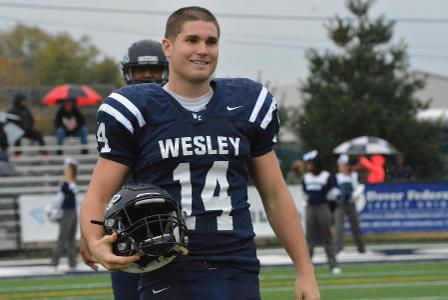 Offline
I would like to see how Shea Patterson does at Ole Miss next year and the year after. I saw him play in high school and he was the real deal. We'll see about the next level.

Offline
I like Jake Browning.....but my number #1 would be Josh Dobbs.

I really like having a heady QB.....and he's so mature and is a great leader.

The knock some say on him is accuracy, but that's not actually true, that's just a talking point from years ago that people still tend to lazily put out there.

Plus he's mobile, and the new wave of QB is strong, smart and mobile.

His accuracy in college is the same as Dak Prescott and Russell Wilson .....right at 60%.

Offline
what happened with the one we just took from the packers?

Offline
I wouldn't want Archie. The expectations and such would be too much for him. Better he goes to another team and builds his own success

Offline
I kind of like Callahan. But if we're to draft a dude, I like Brad Kaaya from the U. He's with a new coach, he seems to be playing injured, his O-line is utterly pathetic, his WR corps is an absolute joke, with them dropping TD passes and lazy route running. Even with the lack of true talent around him and the hate from the media, Kaaya still clearly balls out. He could potentially drop into day 2, maybe even 3. A guy like Payton can totally turn Kaaya into gold.

Offline
Little early to talk about this, I just hope LSU finds a QB soon

SaintsJunkie said:
Little early to talk about this, I just hope LSU finds a QB soon
Click to expand...

When your QB is about to turn 38 years old with 1 year left on his contract, it's not too early. 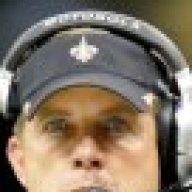 Offline
Jake Browning is my guy. Kid is going to be an absolute stud and would be entering the NFL at the perfect time for us. Can sit behind Brees for a year or 2 and take over. Kid threw 90+ TDs his JR year in high school. That is just absolutely insane. IMO he is hands down the best NFL QB prospect. Our team should be built up very well by the time he enters allowing us to pull of a trade up and lose some picks.

SaintsJunkie said:
Little early to talk about this, I just hope LSU finds a QB soon
Click to expand...

Myles Brennan is coming, be patient

Offline
Whoever our future QB may be I really hope he has the opportunity to learn behind Brees for at least a year. IMO there isn't a better QH in the league for a young guy to sit and learn behind. I think Browning is the next super star and would be absolutely perfect in Payton's offense. He's the type of player I would have no problem trading up to snag similar to what the Eagles did with Wentz. We would arguably be the best situation in football for him to walk into as well. We have one of the best offensive coaches in NFL history and great QB coach in Payton, what could be the best WR trio in the NFL in a couple of years, and what should be an elite OLine with 2 young book end OTs as the foundation. The biggest plus IMO is the priceless experience learning behind Brees for a couples of years. I definitely would not count us out as looking for a QB in the 1st round for the 2018 draft and being aggressive in trade ups if Payton sees his guy. I'm fully confident if Payton sees his guy we won't hesitate to move up and grab him.
Show hidden low quality content