Offline
The liveliest quarter in New Orleans is the first
Tuesday, October 20, 2009
Column by RICK GOSSELIN / The Dallas Morning News

The New Orleans Saints are adopting the blueprint of the 2007 New England Patriots. Bludgeon your foe early. Get on top, stay on top, stay unbeaten.

The Saints are 5-0 and have not trailed. New Orleans has scored on its opening possession in each of its first five games with four touchdowns and a field goal.

The Patriots scored on their opening possession in eight consecutive games to open the 2007 season before the Colts finally forced an opening-possession punt in Game 9. Because of those fast starts, the Patriots trailed only 18 of a possible 480 minutes through the first eight games.

New England wound up scoring on its first possession 13 times (nine touchdowns, four field goals) on the way to the only 16-0 regular season in NFL history. The Patriots were at their dominating best in first quarters of games, outscoring the opposition 134-41. They went on to set an NFL scoring record with 589 points.

That’s what happened to the Giants last Sunday in New Orleans. The Saints lead the NFL in scoring with 192 points. At that pace, New Orleans will set the NFL single-season record with 614 points. So you have to match the Saints point for point to stay in the game...
Click to expand... 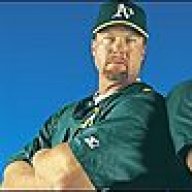 Offline
Good read. I wish the guy wouldn't have been so harsh on the city's recovery though.
OP

JBL5023 said:
Good read. I wish the guy wouldn't have been so harsh on the city's recovery though.
Click to expand...

Dallas mentality - They think everything revolves around DFW.

Offline
According to the Falcons board, they're unstoppable 18th ranked offense can match us point for point...

Sophandros said:
According to the Falcons board, they're unstoppable 18th ranked offense can match us point for point...
Click to expand...

Offline
Too bad there are only 4 NFC East teams
OP

Galbreath34 said:
Too bad there are only 4 NFC East teams
Click to expand...

...And to think: They were supposed to be the "cream" of the NFC?