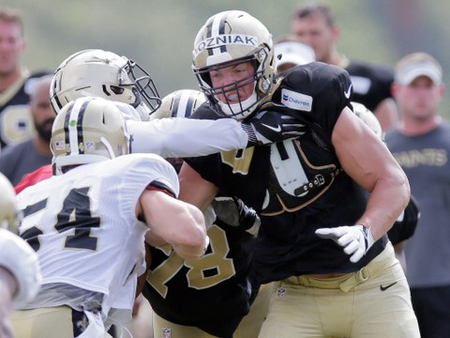 They come easily for the New Orleans Saints' rookie offensive tackle, because it is not often a player comes around who towers over the rest of the large humans on the roster -- and yes, at 6-foot-10, Wozniak's helmet is easy to spot amongst the rest of the trees in the Saints offensive line group.

Wozniak's current favorite nom du jour: Groot, a reference to the large, tree-like character in the "Guardians of the Galaxy" series.

"Some people think I sound like him, too," Wozniak said in his measured baritone voice. "So that's a funny one." ...