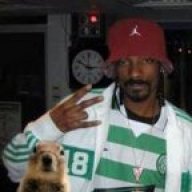 Offline
...and got mugged in LA.

Cyclist Mark Beaumont claimed the world record for being the fastest person ever to pedal around the world.

The 25-year-old Scotsman rode into the Paris after pedalling 18,000 miles in a world record 195 days. Averaging 100 miles a day for over six months, he took two months off the existing world record. This was the equivalent of doing the Tour De France, 8 times back to back.

"It's an absolutely fantastic feeling to achieve the world record after six months on the road," said Beaumont at the finish in front of the Arc de Triomphe.

Beaumont set off from Paris last August and crossed 20 countries, including Iran, the Pakistan/Afghan border, India, Malaysia, Australia, New Zealand and the US.

He endured storms, floods and road rage before being knocked off his bike by an elderly woman driver who failed to stop at a red light in Louisiana.

His bike was badly damaged and he was forced to stay in a nearby hostel, which turned out to be a drug den. A fight broke out during the night and in rumpus that followed he was robbed of his wallet and camera.

Marc in the US, Show lasts for 30mins.
BBC iPlayer - The Man Who Cycled the World