Offline
Could it be that our coach is beginning to be the next one to get his coaching staff pecked at by other teams? Well I am sure it is a lil premature to start having the "Payton" Lineage, but it is still nice to see that our assistants are in the spot light. I cant recall off of the top of my head, an assistant coach leaving to fill an NFL head coaching vacancy; I know that we have had other leave for college or other reasons, ie Ron Zook. Heck do you think any team had been saying over the last few seasons, "boy, we sure would like to get that Venturi guy!"

He wasnt on our coaching staff when he was hired for the Pack job. In fact, wasnt he fired?

Offline
2000 was a pretty big year fro us on the defensive side of the ball.
Our linebackers coach, John Bunting was picked up to coach North Carolina prior to seasons end. I think it really hurt our defense, as I recall Venturi was moved to linebackers.
Zook left after 2001, so I guess those two seasons we really lost a lot of our defensive coaching power. Our defenses really declined after that.
Hopefully Payton's Parcells-esque anonymous assistants philosiphy might help keep them in place for a little while.


Heh. Watching that game Sunday night, the Pack have some talent on offense, and the defense played well enough that they could have won that game. I think the playcalling was awful. JMHO.

Offline
Gary Gibbs really comes from the Parcell's tree, not Sean's. He coached in Dallas for Parcell, along with Sean... But I understand your point. It's good (and bad) to see a Saints assistant mentioned as a HC prospect.

I hope Gary is with us for a few more years though - The focus next year will be to improve the D.

CajunSaint said:
He wasnt on our coaching staff when he was hired for the Pack job. In fact, wasnt he fired?
Click to expand...

From his hiring press release:
The Pittsburgh native entered the NFL with the Kansas City Chiefs in 1993 and served as an offensive assistant and then quarterbacks coach for six seasons before going to Green Bay in 1999. He was named the Saints' offensive coordinator in 2000 and helped then-coach Jim Haslett lead New Orleans to a division title that season. In 2005, McCarthy was hired by first-year 49ers coach Mike Nolan as offensive coordinator.

Offline
That was part of the downfall of coach Mora Sr. after his first and second years. His assistant coaching staff was picked clean. I hope our assistant coaches stick around for 4 or 5 years at least. BTW, wasn't Sean Payton an assistant in Dallas before coming here to be head coach?

Offline
After the 2000 season, if I remember correctly, McCarthy was interviewed by the Cleveland Browns for their Head Coaching job but he didn't get it. 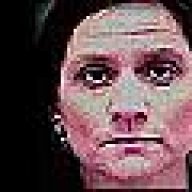 Offline
Premature? Are you being sarcastic? The guy has coached a total of 11 games. Relax people. We haven't even made the playoffs yet and you are already announcing to the world that this guy is the next Lombardi

CajunSaint said:
He wasnt on our coaching staff when he was hired for the Pack job. In fact, wasnt he fired?
Click to expand...

I know but he only spent one year with the 49'ers as their OC. I believe he was hired, as the Packers HC, for all his so-called accomplishments he did with the Saints.

Colin311 said:
I know but he only spent one year with the 49'ers as their OC. I believe he was hired, as the Packers HC, for all his so-called accomplishments he did with the Saints.
Click to expand...

He's a coaching tree candidate, supposedly a WCO guru. I don't like McCarthy enough to look him up, but I have heard so much about his history with WCO greats, and McCarthy's great offensive mind. I agree that he has a pretty awesome playbook, he just shouldn't be allowed in the stadium on gameday.

I do know that he wasn't fired by the Saints, his contract ran out and he was instructed to wear civvies to the senior bowl. (you know, that's where out of work coaches shop thier resume's)

Colin311 said:
I know but he only spent one year with the 49'ers as their OC. I believe he was hired, as the Packers HC, for all his so-called accomplishments he did with the Saints.
Click to expand...

He also came from GB, as their QB coach when Haz made him the OC in Nola.

Offline
Technically Payton is a branch of the Parcells tree.

Random Fan said:
Technically Payton is a branch of the Parcells tree.
Click to expand...

Correct, even though he came by way of Fassel's Giants...
Show hidden low quality content

Is anyone here mad at Sean Payton for the team we have now?
2 3

This offensive system doesn't work without Sean Payton. It barely worked without Brees.