The RFID tag in your passport knows who and where you are. (1 Viewer)

Offline
Today, the government awarded huge contracts to General Dynamics and Unisys to produce radio ID tagged cards which will act as passports for ground and ship based transportation between the U.S., Canada and Mexico and the Caribbean. They can be read up to 30 feet away.

Remember that commercial, "The boxes know where they are"?

Well, it'll soon be, "The card knows who and where you are and so does the government."

WASHINGTON — The government has awarded contracts worth up to $99.3 million to General Dynamics Corp. and up to $62 million to Unisys Corp. to produce identification cards and reader technology.

Under a five-year State Department contract announced Tuesday, General Dynamics Information Technology will produce so-called passport cards, which will contain Radio Frequency Identification (RFID) technology. The cards will allow citizens to return to the U.S. from Canada, Mexico and the Caribbean by land or water.

A proposed new RFID-enabled passport card intended for use by Americans frequently travelling to Canada, Mexico. Bermuda and the Caribbean poses serious security and privacy risks for users, the Centers for Democracy and Technology (CDT) warned this week.

Among the concerns are the potential for the card to be used for location tracking by government and private entities and the relative ease with which it can be manipulated for identity theft purposes, the CDT said.

Offline
The newly issued passports already have it, I think. My gf just got her's renewed and the second page has an American flag that lets you know that it's the tagged ones IIRC.

Offline
This is no different than the TWIC card or what I hear coming down the pipe (supposedly) the homeland security card. It's all government junk.

geauxboy said:
The newly issued passports already have it, I think. My gf just got her's renewed and the second page has an American flag that lets you know that it's the tagged ones IIRC.
Click to expand...

Thanks, my wife and I got ours in Sept. I'll check ours.

If they look for mine they will find it in a filing cabinet at the house.
OP
OP

Offline
The stuff I read said these new RFID cards are not recognized for air travel.

They are only for ground and ship based travel for folks who will frequently have to pass between the U.S., Canada, Mexico and the Caribbean.

Online
General Dynamics has only spent $50 million since 2000 on lobbyists.

Offline
This says "proposed"...Regarding existing Passports from the article.The approach is substantially different from the proximity-read technology being used in U.S. electronic passports, and it offers fewer protections, according to Ari Schwartz, deputy director at the CDT. Electronic passports contain all of the same identification data that appears on the first page of a passport, and includes a digital photograph and a digital signature. But the information on those chips is encrypted at all times and can only be accessed by physically swiping the card through a reader at the border crossing.
OP
OP

Offline
Proposed? Read the dates on the two articles posted.

The five-year contracts to produce the cards was awarded today.

Offline
Everyone born after 1964 will be in compliance by 2011. I think we get until 2017. There's a tie in with driver's licenses and "security." Go watch the 9 minute preview of Zeitgeist on youtube for more information. :17:

One of these is bound to be it.

This one. It starts around 4 minutes into it.

The five-year contracts to produce the cards was awarded today.
Click to expand...

WASHINGTON — The government has awarded contracts worth up to $99.3 million to General Dynamics Corp. and up to $62 million to Unisys Corp. to produce identification cards and reader technology.
Click to expand...

Offline
Just wrap your passport in aluminum foil creating a shield around the passport greatly inhibiting the transmission of the RF when an RF reader is present. Someone would have to get within a couple of inches to read it. 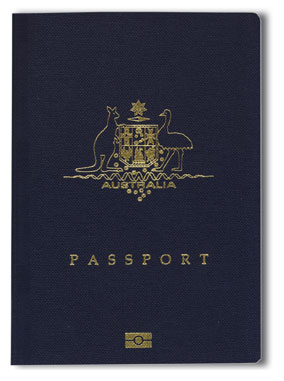 The square at the bottom is the chip. I was a bit off.
Show hidden low quality content