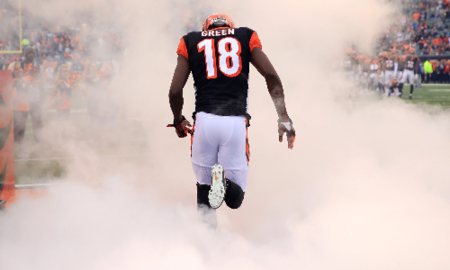 The New Orleans Saints have had an eventful 12 months, kickstarting a series of bold moves to contend for a Super Bowl as early as last year’s draft. It’s featured trades to land a high-upside pass rusher (Marcus Davenport), starting-quality center (Erik McCoy) and a defensive back who might crack the starting lineup sooner than later (Chauncey Gardner-Johnson).

New Orleans also traded more picks to bring in backup (and maybe quarterback of the future) Teddy Bridgewater, and a starting cornerback in Eli Apple. The moves continued with free agent upgrades (linebacker Demario Davis and tight end Jared Cook). The Saints have clearly bet it all on winning a title as soon as possible.

So it’s no surprise that the Saints are the team at the forefront of many media analysts’ minds when it comes to guessing the next blockbuster move. When speculating on The Ringer NFL Show, hosts Robert Mays and Kevin Clark drew up the dream offseason move they’d most love to see: the Saints trading to pair Cincinnati Bengals wide receiver A.J. Green with New Orleans superstar Michael Thomas.