The Saints are aggressively playing to win, and it’s working (1 Viewer) 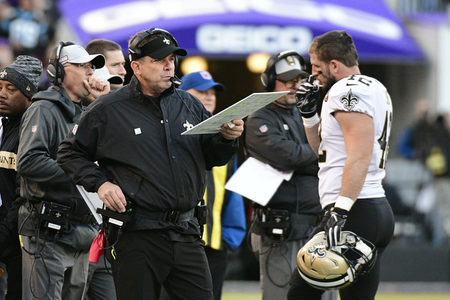 “You play to win the game.”

You’d think it’s easy enough, right? You play and coach to win the game. But far too often, coaches play to lose. They play conservative. They make the easy decision to punt or settle for a field goal, when the right move is staying aggressive, as modern day analytics would tell you. Over the long term, coaches that stay aggressive often get rewarded for their boldness, as we’ve seen with Doug Pederson and the Eagles. They get rewarded on the field, but also with love from their players.

The biggest win on Sunday — and not on the scoreboard (hey, Rams and Chiefs) — was the New Orleans Saints heading into Baltimore and beating the Ravens. The Saints were down 17-7 to the Ravens in the fourth quarter and scored 17 points in the final frame to pull off the 24-23 victory ... with a little help from a Justin Tucker missed PAT.

The Ravens defense entered the game as the second ranked defense by Football Outsiders DVOA. They had 11 sacks en route to a shutout over the Titans in their previous game. Didn’t matter for the Saints. They went right after them.