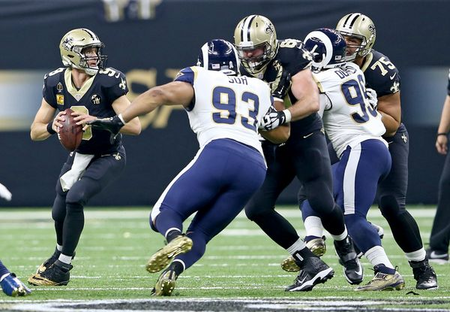 The consensus in the locker room after the New Orleans Saints took down the previously undefeated Rams was clear: Los Angeles defensive lineman Aaron Donald was every bit as good as advertised.

“He is an elite player in this league,” Saints center Max Unger said. “He is a legitimate game plan threat that is disruptive. He’s the best right now. You’d be hard-pressed to find a better defensive player in the league.”

It was tough business being locked against him and the rest of the Rams’ star-studded defensive line for the nearly 34 minutes New Orleans possessed the ball Sunday (Nov. 4), but the Saints’ front five more than held its own. ...