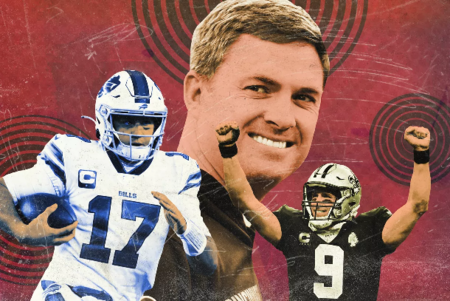 While some franchises left last week with more questions than answers, teams like the Bills, Saints, and Chargers look set up for deep runs in 2020

By Robert Mays | The Ringer

It takes time to evaluate how a free-agent class panned out. Deals that were celebrated in the moment can turn in a hurry. Overlooked signings occasionally wind up swinging entire seasons. It’ll be months before we truly know who made the right moves, but after a whirlwind week, some conclusions are ready to be drawn—and a handful of teams have already shown that they’re loading up for 2020.

1. The Bills are pushing their chips into the middle of the table

All signs pointed to the Bills being aggressive in free agency this spring. Buffalo made several midtier signings in 2019 (including Cole Beasley, John Brown, and a handful of inexpensive offensive linemen), but the team’s biggest move involved handing center Mitch Morse $26.2 million guaranteed. That might excite offensive line nerds like me, but it’s not going to move the needle for most. This year figured to be different, though. After making the playoffs a year ahead of schedule, the Bills were expected to be buyers when the market opened. Armed with more than $80 million in cap space yet again, general manager Brandon Beane had the financial flexibility to make some big swings that could potentially move Buffalo into the upper tier of the AFC.