Offline
We're heading into the final 5 games of the regular season, and things will become more and more clear as each of these final 5 weeks pass. I wanted to take a quick glance at each of the final 5, and see what it looks like.

1. @ Bengals - The Bengals are on a downward spiral, but they still have a good amount of talent and present some tough match-ups for us. Playing at their place in an early December, outdoor venue could also be a challenge. Yes, we should win, but we all know there are no gimmes in the NFL... and desperate teams are always dangerous.

2. vs. Rams - The Rams are no push-over... They're a young team, but they play with a lot of heart and energy. Steven Jackson is still a BEAST as well, and their defense is one of the league's best at getting after the QB. Another should win, but we must stay focused and win the games we should... Remember, we've already dropped 2 of them this season.

3. @ Ravens - The Ravens are a solid team... They're not as good as most people think they are, but this is going to be a very difficult road game for us. Of all the games left on our schedule, this one gives me the most concern. The Ravens @ Baltimore in mid December, fighting for playoffs and position just screams HUGE game to me.

4. @ Falcons - Going from what promises to be a very tough and physical game in Baltimore down to Atlanta does us absolutely no favors. The Falcons are a very solid team, and what's more, is that they really believe they can't be beat on their home turf. We've seen that this isn't true however, as the 49ers, Bucs, and Ravens all had them practically beat at the Ga. Dome... only to get nipped in the final minutes. Can we beat them? Definitely YES. Keep in mind though, this is such a rivalry game and these teams know eachother soo well, that literally ANYTHING could happen.

5. vs. Bucs - Best case scenario, this game looks like the final game vs. Carolina from last year... Our starters sit, and we get ready for the play-offs. However, that looks like a long-shot at this point. More likely, is the scenario playing out that this game has MAJOR playoff implications. We've shown that we can handle this Bucs team, and so far, they've gotten handled by every "good team" they've faced. If this has their playoff life hanging in the balance though... it could be a real tough one. Plus, the Bucs play us hard in the Dome.

I'd love to see us run the table and finish 13-3, but I have a hard time really seeing that happen. We're definitely good enough to do it, but the road slate is really daunting. If we can win the games we're supposed to, and manage to split the Baltimore and Atlanta games, then that puts us at 12-4 and in the playoffs.

...but will 12-4 be good enough to host the party? .....We shall see. HEALTH is our biggest need moving forward. GEAUX SAINTS! 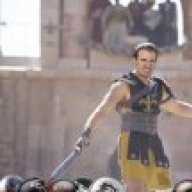 Offline
It all depends on what team shows up in these games.

If we take care of the football, and don't make stupid mistakes we can definitely win all 5.

I think 12-4 will win HFA. The Falcons are not gonna win out. Remember last year we were the team that couldn't lose at home. Then we lost our final two home games. A lot can happen these last few weeks. I think the winner of the Saints/Falcons game will win HFA.

Offline
I really want a payback on the Rams for that loss in the Dome a couple years ago. I know we beat them last year in their house but it will be so much better to stomp them in the DOME!

Offline
We realistically only have room for one more loss, if it has to happen hopefully it comes against Baltimore... because we can't afford to lose the game @Atlanta if we hope to win the Division again.

Thankfully this team appears to be getting healthy in time to finish the season strong. I think we'll be playing meaningful football right up until the End.
Show hidden low quality content