'They all need to be exposed': D.J. Swearinger calls out former Washington coach Jay Gruden (1 Viewer) 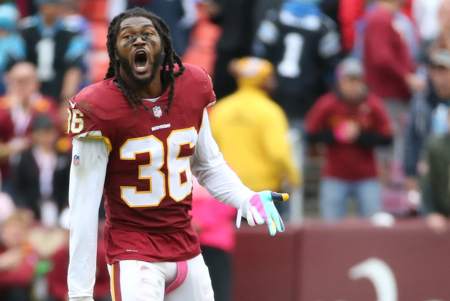 In the wake of a shocking Washington Post report on a sexual harassment scandal involving executives of Washington's NFL team, former Washington safety D.J. Swearinger is calling for high-ranking members of the organization to be "exposed."

Swearinger, now with the New Orleans Saints, shared what he claims to be a text message exchange with former Washington coach Jay Gruden, who was fired in 2019. Swearinger was released by Washington in 2018 after he publicly criticized then-defensive coordinator Greg Manusky. Earlier that month, on Dec. 8th, 2018, Swearinger had told reporters not to blame the players for the Redskins' defensive struggles.

Similar threads
Atlanta better offense than us? I need some of these edibles
Saints Do we need Clowney or Griffen? Larry Holder says no. Here's why...
Do the Saints really need to add another defensive lineman?
Pelicans back in West race, likely need 5-0 or 4-1 finish plus help on scoreboard
Share:
Facebook Twitter Reddit Pinterest Tumblr WhatsApp Email Link